Having recently announced Common Wheel as our nominated charity partner for the year, we were delighted to host our 12th Annual Charity Golf Day at the Duke's Course, St Andrews on the 19th May, in which we were proud to raise almost £18,000 for this great charity.

Arriving at the clubhouse and after a welcome from the team during breakfast, our guests had the opportunity to participate in a pre-round warm up at the driving range, where a PGA Tour Golfer was on hand to give tips and completely dismantle guests swings before the round - nothing like a confidence boost before playing!

The format was the usual shotgun start Texas Scramble, however unlike previous years, team's were not able to keep track of the live leaderboard, allowing the anticipating to grow right up until the trophy presentation at the end of the day.

Our winners this year by an impressive four shots were Radisson Hotels, who scooped the prize of a fourball at the prestigious Western Gailes Golf Club, alongside a special Winners trophy for each team member to remember their victory by.

Unfortunately again this year, no one was able to hit a hole in one at the 16th hole par 3 which would have seen a Tesla Model 3 won thanks to our friends at Pike & Bambridge. There were numerous other prizes and competitions to be won, including Longest Drive and Nearest the Pin and some particularly fetching trophies for those in last place! 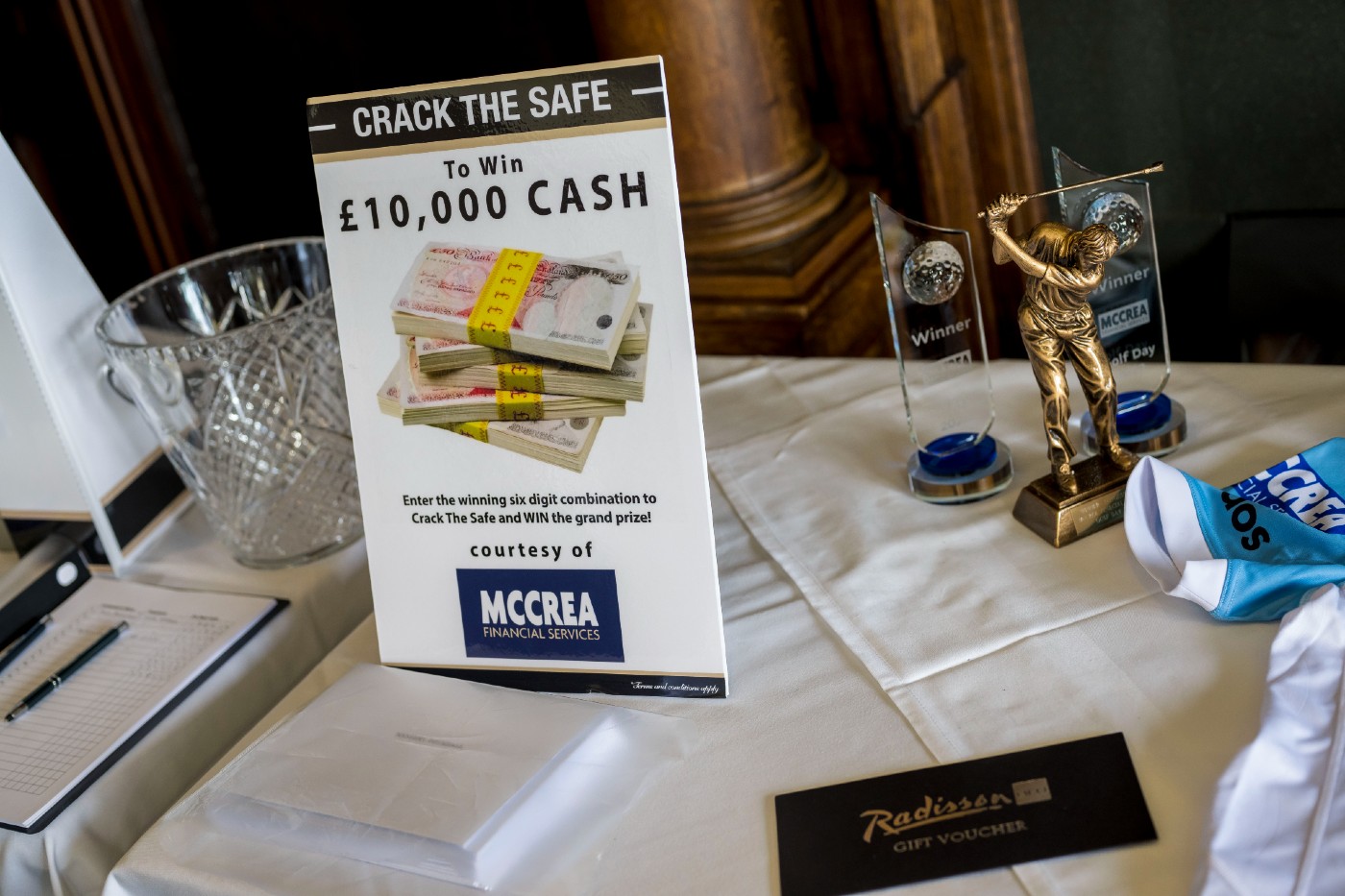 A new addition to this year's golf day was the introduction of 'Crack the Safe', where guests were given three attempts to guess the six-digit combination to open the safe to win £10,000. Sadly no one was lucky enough to win the prize and guess the correct combination which was ‘704486’, which I’m sure would have been everyone’s fourth guess!

Our thanks goes to each and every player who contributed either by buying a team, trying their luck with 'Crack the Safe' and our Mystery Fourballs, hitting their ball into a penalty bunker (some multiple times!) or entering the raffle, as well as our wonderful prize contributors including The Duke's, The Radisson Royal Mile in Edinburgh, and all other contributors.

If you would like to be kept up-to-date with details of next year's Charity Golf Day, please do contact us as we would be delighted to hear from you.