After an incredibly successful 2020/21 campaign, there are two awards still to be picked up by the Thistle squad. The McCrea Mortgages Player of the Year award will be released a little later this month but with so many young players having an impact on the first team this season, it was fitting to recognise the contribution of developing talent on course to the clubs title success.

The nominees for the McCrea Mortgages Young Player of the Year, as selected by Partick Thistle first team manager Ian McCall, are: 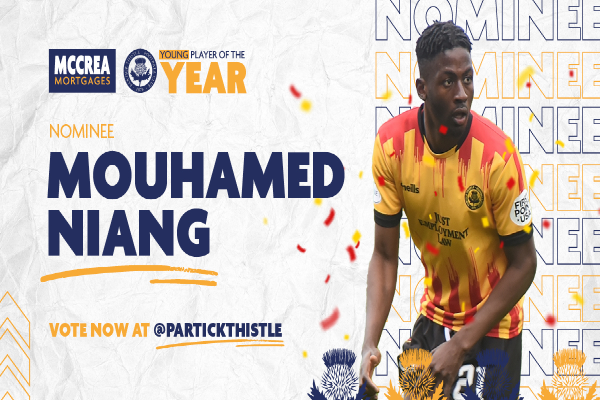 The closing stages of 2020 was a breakthrough period for Mouhamed Niang as Thistle’s injury woes presented the 21 year old with the opportunity to play regularly in the centre of the Thistle defence. Partnered with Darren Brownlie, the youngster put in some strong performances, winning the December McCrea Mortgages Player of the Month award after a string of cool, composed displays. Niang’s form, particularly in the first half of the campaign, makes him a strong candidate for the Young Player of the Year award - will he earn your vote? 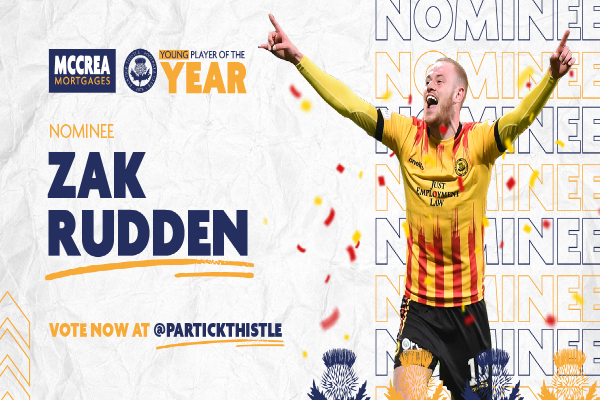 It was a frustrating 2020 for Zak as injuries disrupted his ability to make an impact on the pitch for the team. When the squad returned to action in March, it was evident that Zak just needed a little bit of luck in front of goal to show us all the talent he clearly displayed. A double against Clyde sparked the popular striker into a new vein of confidence and he couldn’t stop scoring in the closing stages of the season, finishing with seven goals to his name. With strikes ranging from deft headers to thunderous efforts from distance, Zak showed the full range of his deadliness in front of goal, but does he get your vote for the Young Player of the year award? 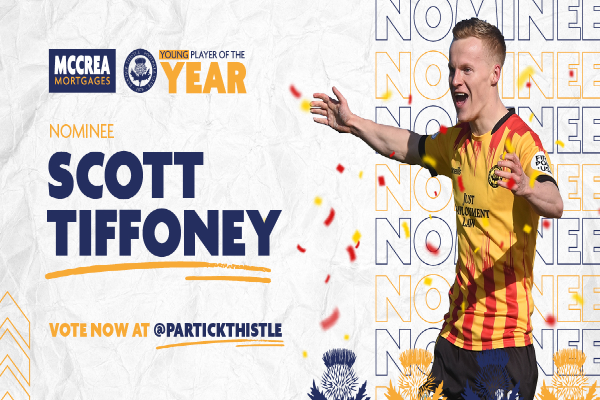 A loan signing from Livingston, Scott was a season-changing player for the team. Less than ten minutes into his debut, the creative attacker had already got an assist to his name in red and yellow. His first goals followed in the following league fixture as he struck twice to put Airdrie to the sword. The direct attacker ended the season with eight goals and four assists becoming a popular player with the Thistle faithful. Has he done enough to grab your ballot for this coveted award? 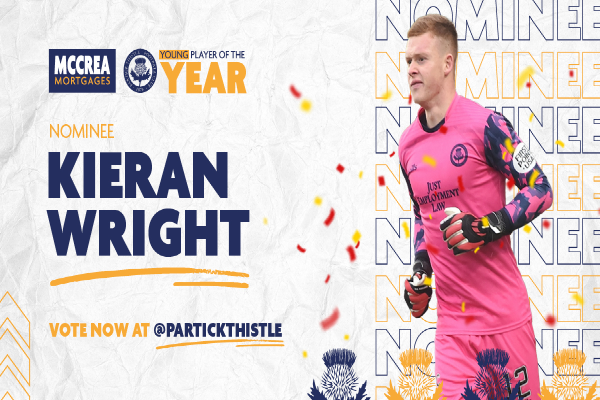 Kieran spent the season on loan with Thistle and was immediately called up on international duty during pre-season. An injury presented Kieran with his chance to claim the gloves and he grabbed it with both hands. His impact in the team during the first half of season when, at times, he was the only fit recognised senior goalkeeper at the club, was crucial in helping the side match a club record five games with a clean sheet, while the run of conceding one goal in seven games was the best record in Britain. His impressive performances continued after the enforced winter shutdown before injury kept him on the sidelines during one of the busiest stages of the season. With assured performances between the sticks, is he your choice for the Young Player of the Year award?

That completes the shortlist for the McCrea Mortgages Young Player of the Year award. It’s over to the red and yellow army to decide who emerges victorious. Voting closes at 12pm on Monday morning