Thistle end November unbeaten for the month which has helped the club climb the table and head into the festive fixtures with positive momentum.

A draw against league leaders Falkirk was followed by a penalty shoot-out win against Morton in the final Betfred Cup game, before back-to-back league wins were earned against East Fife then Montrose, those last three games all coming with clean sheets.

As Thistle head into December starting with this Saturday’s home match against Dumbarton, its time for fans to vote for their Player of the Month for November, the award sponsored by McCrea Mortgages.

This month we have four nominees for the November Player of the Month award: 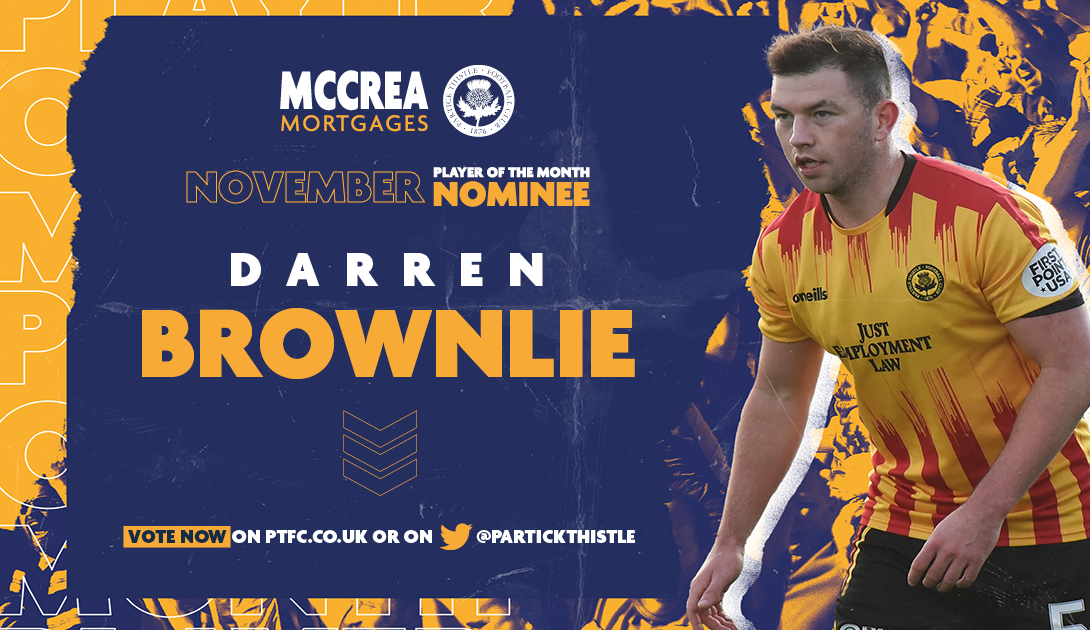 The centre-half has been a constant for the Jags this month, one of four outfield players on the pitch for every minute of all four matches (alongside Stuart Bannigan, James Penrice and Ryan Williamson). Darren has led by example this month in tandem with two different central defensive partners in Rhys Breen then Mouhamed Niang and even chipped in with a long-range headed assist for Brian Graham against East Fife. 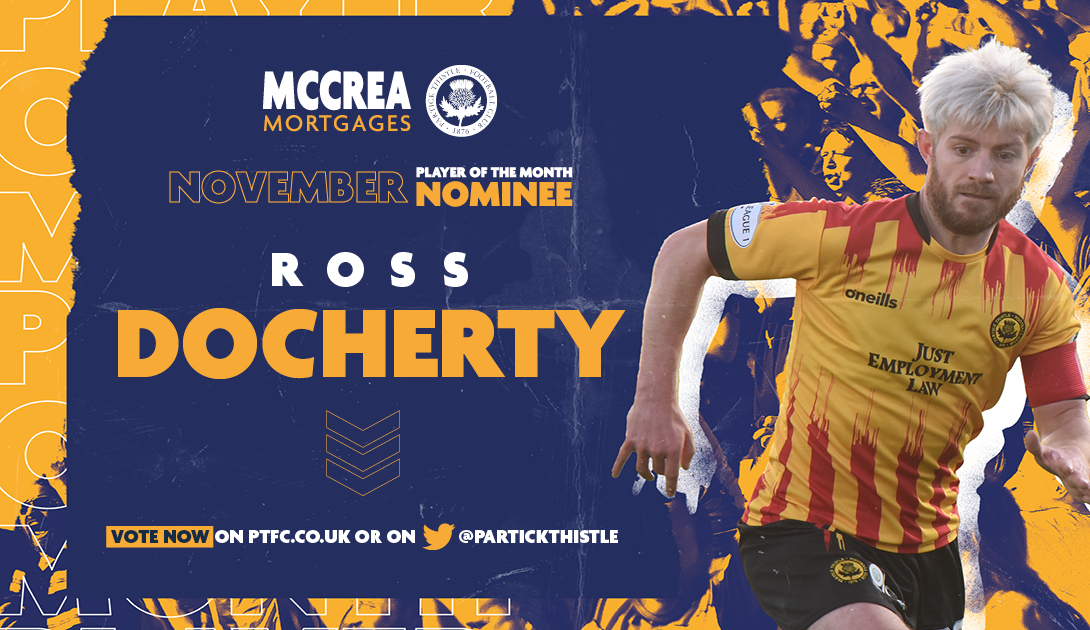 Thistle skipper Doc has continued his high level of consistent performances in the red and yellow engine room, building further on an already excellent understanding with midfield partner Stuart Bannigan. Was a driving force in all three league matches in November – sitting out the cup tie through suspension – and surely that first competitive Thistle goal isn’t far away? 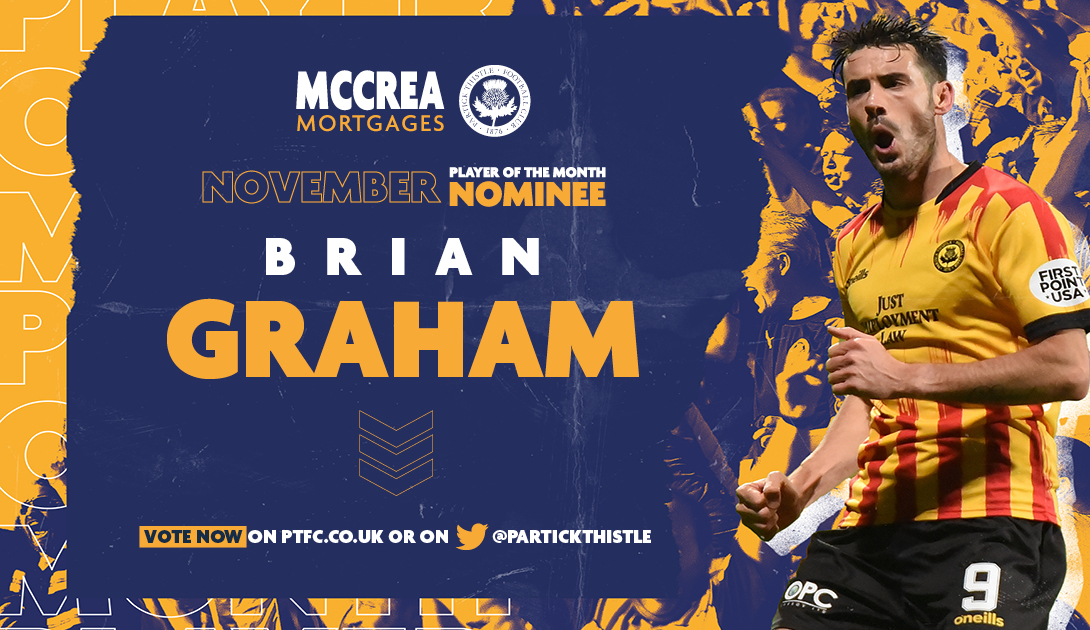 The popular centre forward has enjoyed his best month in red and yellow, with three goals and an assist in three league matches. Worked brilliantly with Joe Cardle as each set up the other for a goal in the 2-2 draw with Falkirk before he bagged a brace, including a stunning second, in our 2-0 home victory against East Fife. Leads the goalscoring charts with four goals so far this season. 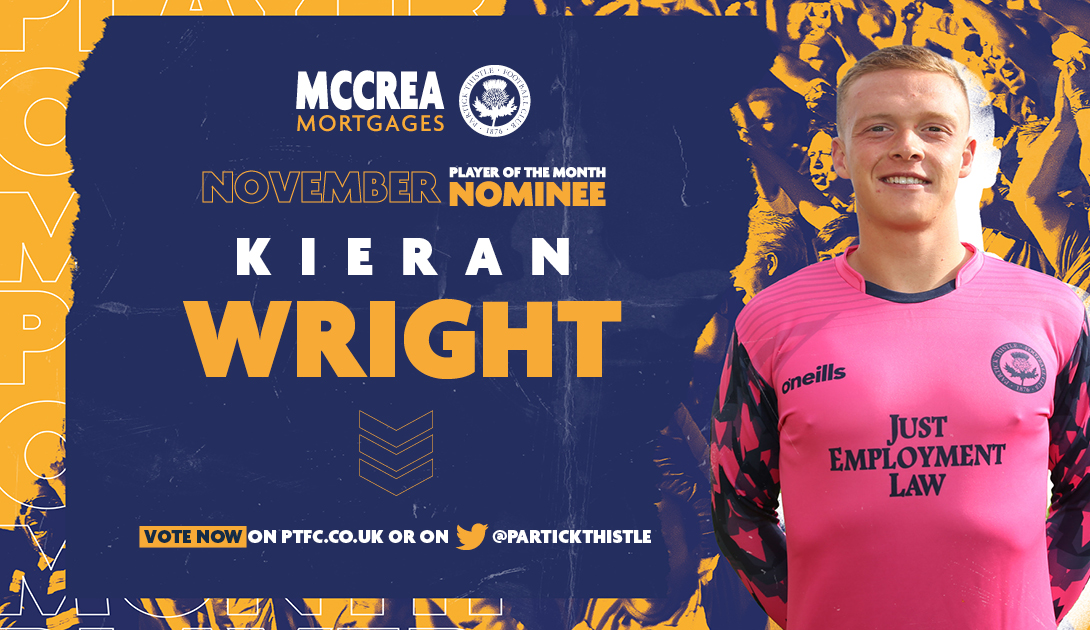 The loan Ranger has responded brilliantly since becoming first pick between the sticks, following Jamie Sneddon’s unfortunate injury in October. Three clean sheets on the bounce tell their own story but Kieran’s overall game has impressed, from that long throw which ultimately earned the Jags a penalty against East Fife, to the confidence and poise showing in claiming the ball from a high cross in the dying seconds at Links Park.

That completes the shortlist of McCrea Mortgages Player of the Month nominees for November. Now it’s over to to you to get voting and decide who wins the second monthly award of the 2020/21 season.

If you are looking for a mortgage or considering a remortgage please contact the team here at McCreas who will be able to help you.