Glasgow Warriors full-back Ollie Smith has been named the McCrea Financial Services Warrior of the Month winner for February 2022, following an impressive run of games for the club.

The 21-year-old claims this honour for the first time since graduating from the FOSROC Scottish Rugby Academy in February 2021, with a 76% share of the fan vote. 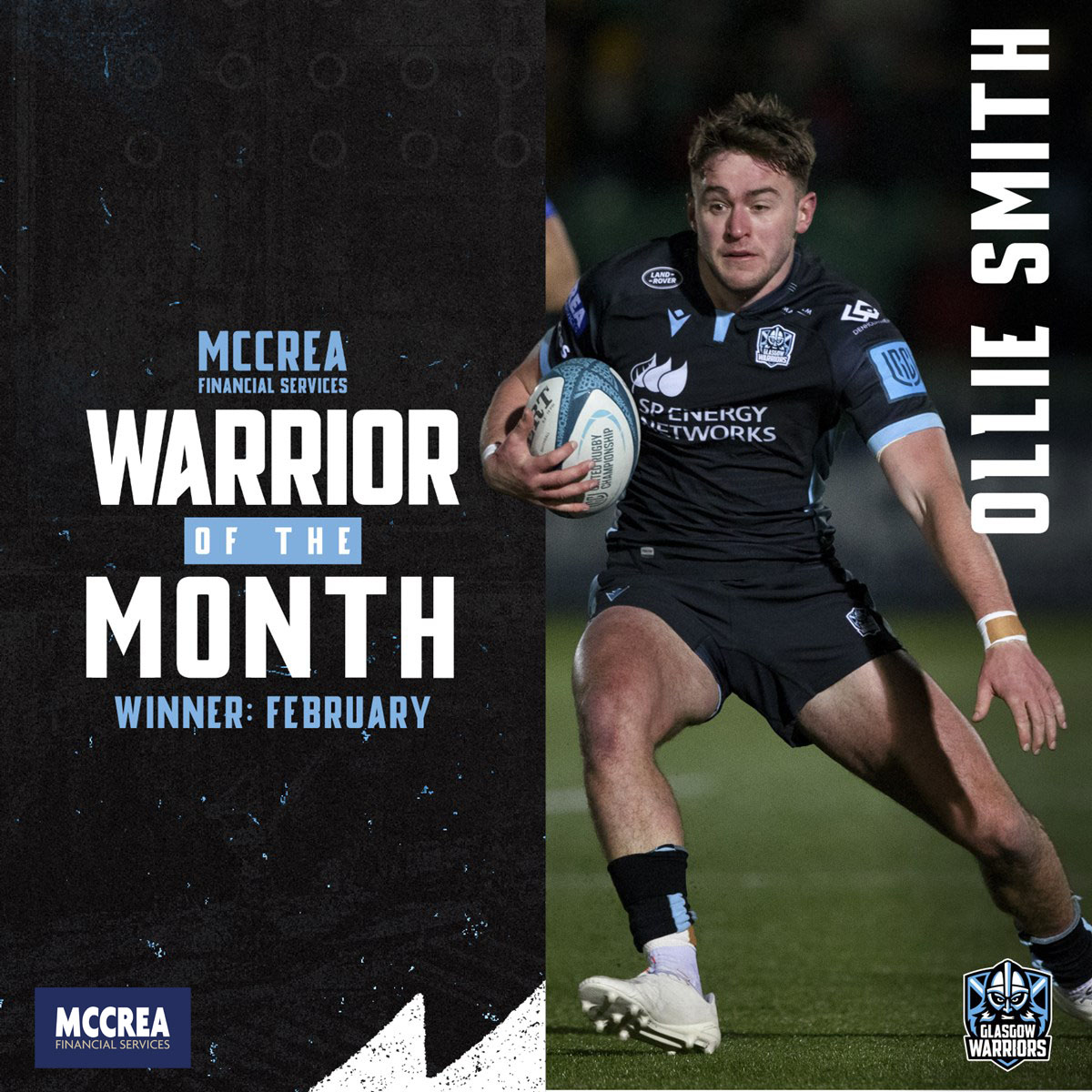 Starting both of February’s fixtures, which were played at Scotstoun Stadium, Smith showed the Warrior Nation first-hand his impressive work rate and attacking flair, claiming a United Rugby Championship Player of the Match performance against Benetton.

In that 13-3 victory over the Italians, Smith lead the club’s stats for metres made, with 87 from a total of 170 across the month, and defenders beaten, fending off six throughout the match.

His performances for the club earned him selection for the Scotland squad ahead of their fixture in the GUINNESS Six Nations against France.

Speaking to glasgowwarriors.org, Ollie said: “I have done well with the opportunities I’ve been given by the coaches, and it’s paid off, being called into the Scotland squad was cool, it’s something I’ve always aspired to do.

“I’m chuffed to win McCrea Financial Services Warrior of the Month and I appreciate all the fans who voted for me. February was a good month for me, getting back into the team and playing regular rugby. I have enjoyed playing.

“Being a boy from Glasgow and supporting the Warriors, to be playing five games on the bounce and running out at Scotstoun is a great feeling.

“If you told me at the start of the year this is where I’d be – having a run of games for Glasgow and earning Scotland squad selection – I wouldn’t have believed you. It shows you how quickly things can change.”