Our Thanks to Tom Mason fundraising for McCreas Charities

We were absolutely delighted a few weeks ago when Tom Mason, one of our longstanding clients, popped in to the office to advise that he, his daughter, Sacha and grandson Leon had entered the Kiltwalk and wanted to raise money on behalf of the two McCreas nominated charities Chest, Heart & Stroke Scotland and Alzheimer Scotland.

Kiltwalk is a unique charity that enables walkers to raise money for any Scottish charity of their choice. By staging events that bring together thousands of walkers who fund raise for their chosen charity or cause, they support those in need of a helping hand. 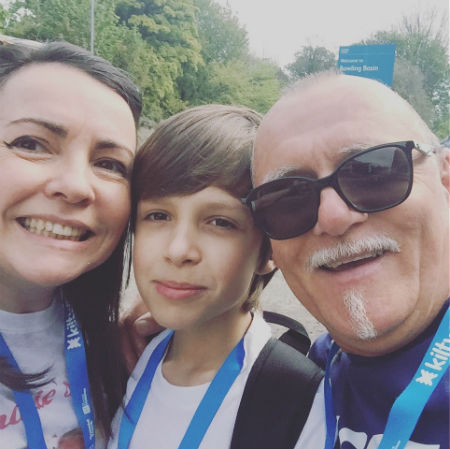 Walking from Clydebank to Balloch Country Park was quite an achievement everyone and particularly for young Leon, aged 10.   As Tom explained, there was no doubt as the end approached that Leon was getting pretty tired but with the 1 mile to go marker, managed across the finish line together with Tom and together helped to make a fantastic contribution of £255 to the charities. 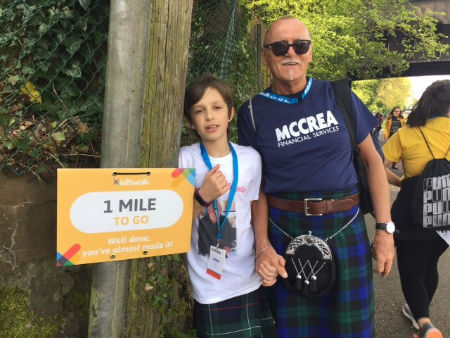 In recent years McCreas have raised more than £400,000 for our nominated charities and with help like this from our clients, colleagues, families and friends, we are committed to raising much more.

Our sincere thanks goes to Tom and his family on behalf of McCreas and our nominated charities. If you would like to donate to Alzheimer Scotland, or to Chest, Heart and Stroke Scotland you can do so here.  Also look out for more on our managing Director Douglas McCreas' planned walk a little later in July this year as he tackles the Fife coastal route.