The 2022/23 competitive season got underway for Partick Thistle during July and it turned out to be a hugely successful month for the Jags.

Ian McCall’s side took 11 from a possible 12 points during the Premier Sports Cup group stages to secure a spot in the last 16 before kicking off their league campaign with a 3-2 win over Dundee at Dens Park. 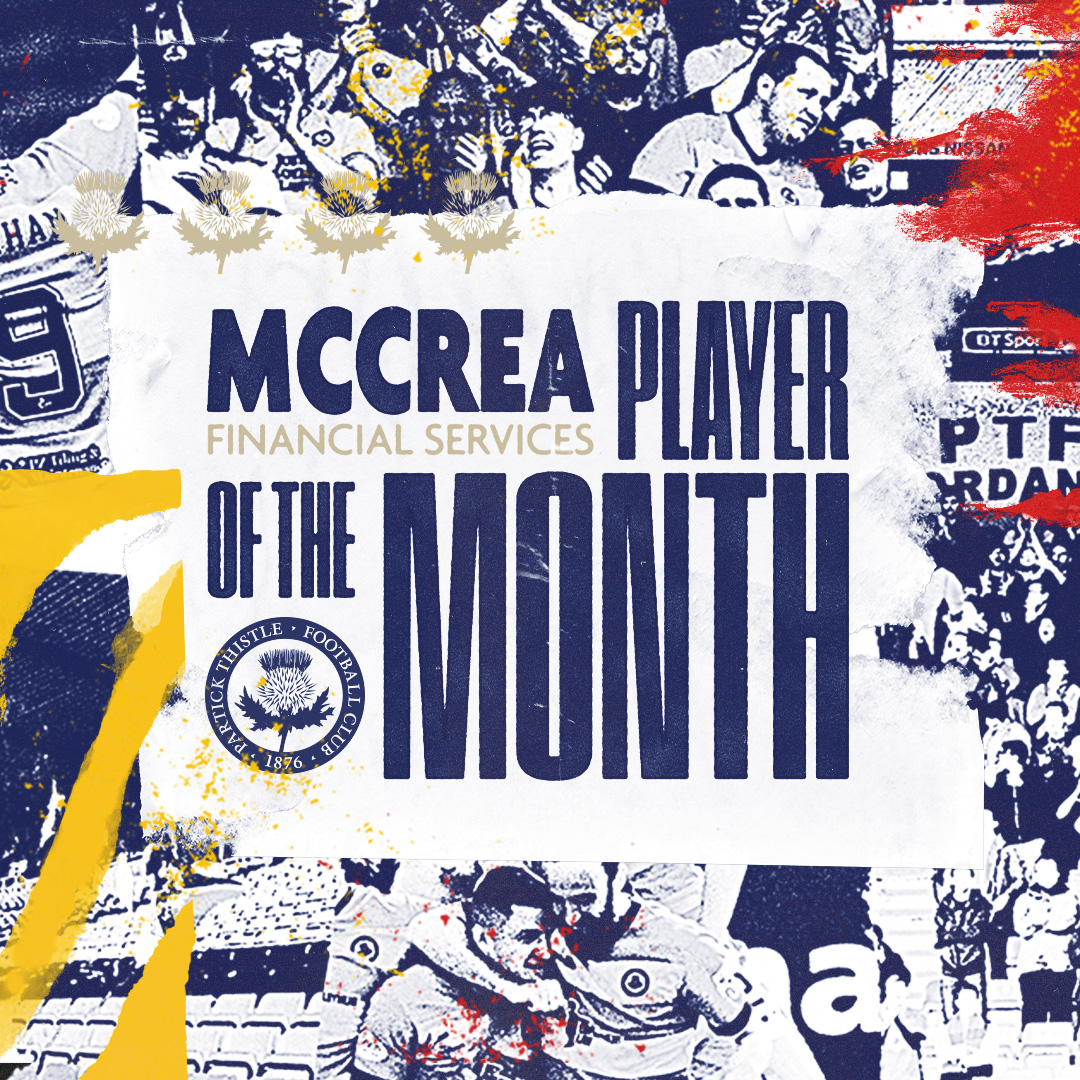 Now it’s time for you to decided who the pick of the bunch was during July as we crown the first McCrea Financial Services Player of the Month of the 22/23. 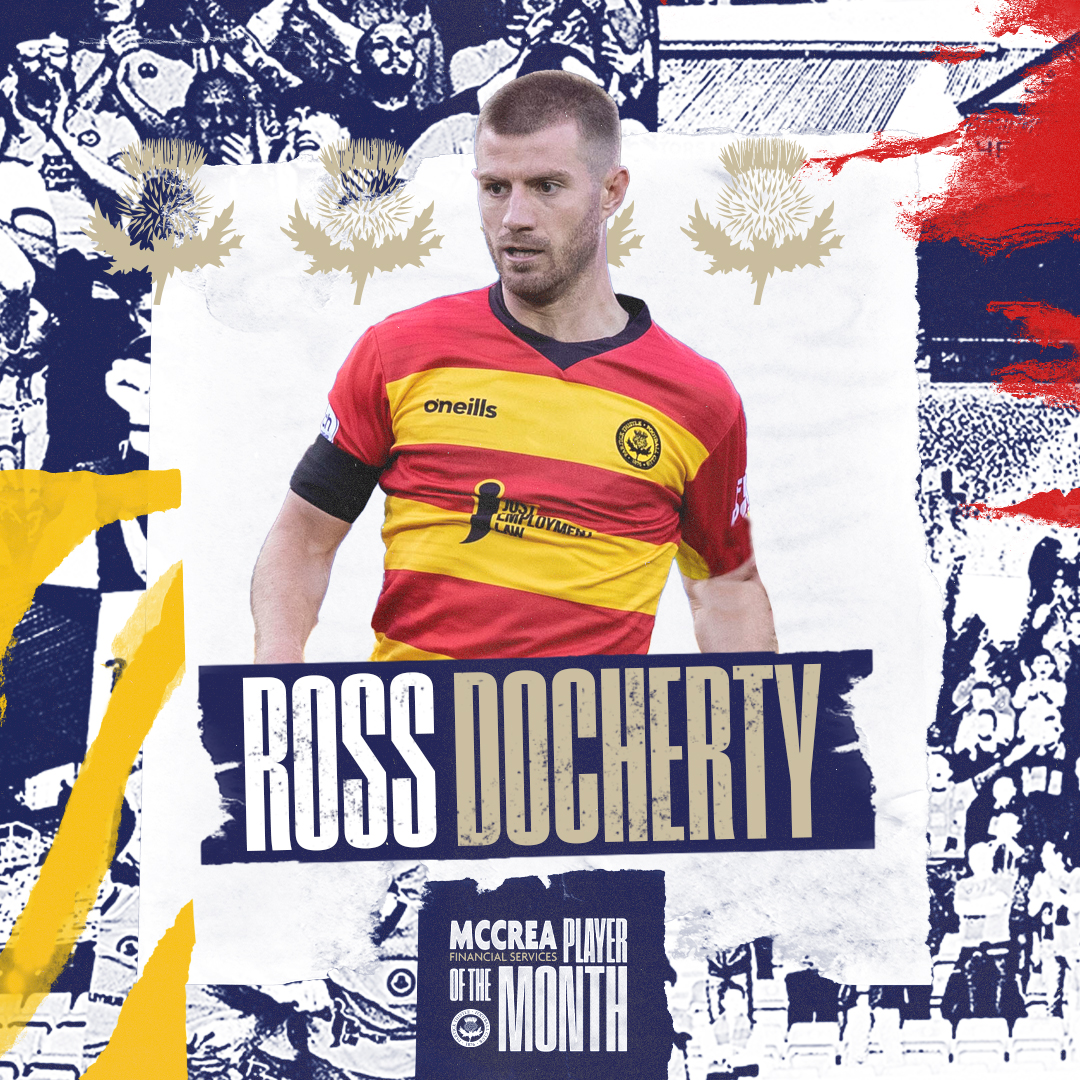 Thistle skipper Ross Docherty was a regular nominee for last season’s Player of the Month awards and he’s back amongst the candidates to start the new campaign. Docherty started all five games during July, the only midfielder to do so for Thistle, and had a big hand in the Jags’ opening goal against Stenhousemuir.

Vote for Ross on ptfc.co.uk 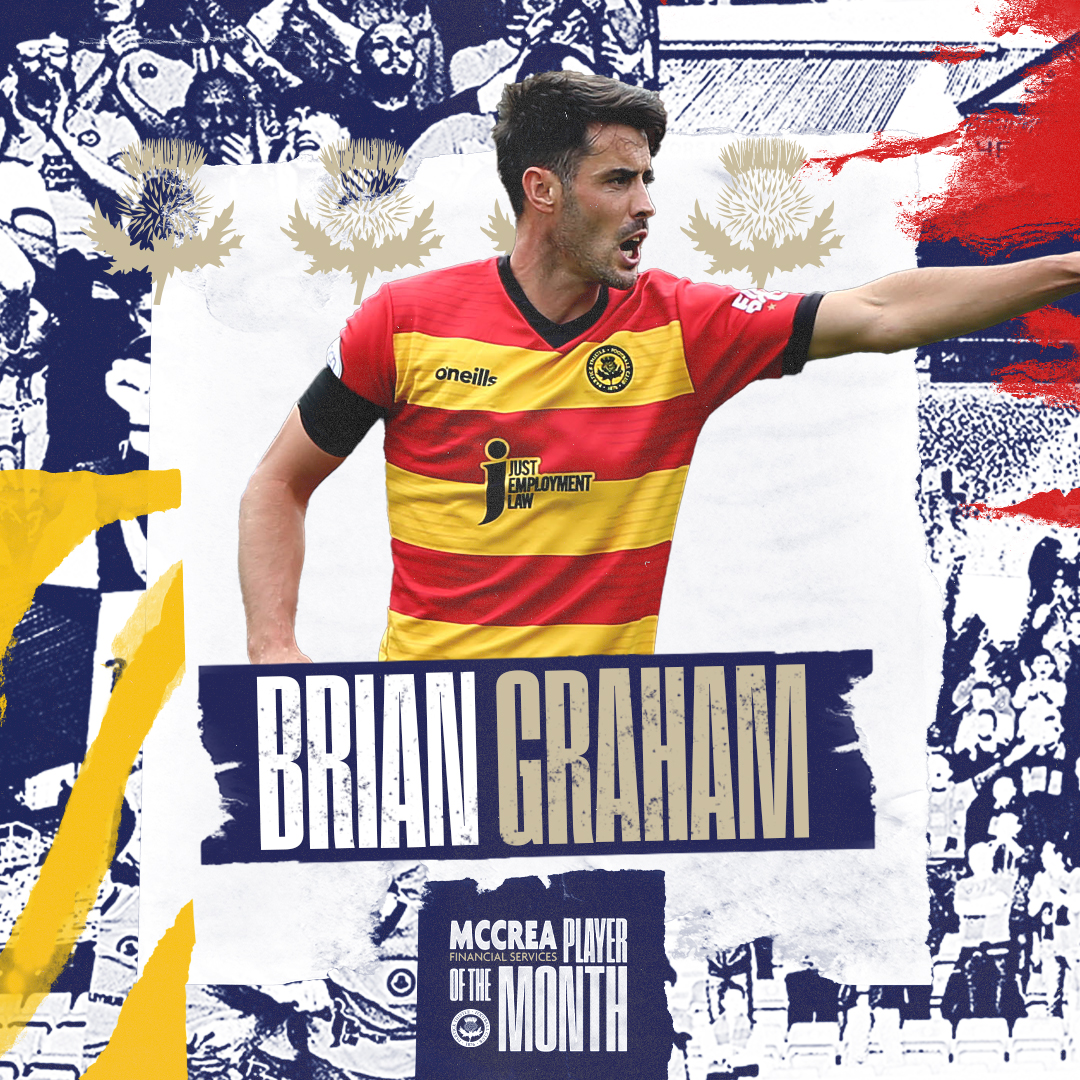 Manager Ian McCall handed Brian Graham a contract extension at the start of July and it didn’t take for the striker to start repaying the gaffer’s faith in him. An assist and the winning goal against Stenhousemuir on the opening day of the season was a signal of intent from the number nine as he followed that up with a converted penalty against Kilmarnock, another goal against Fraserburgh and a crucial assist in our 3-2 win at Dundee.

Vote for Brian on ptfc.co.uk 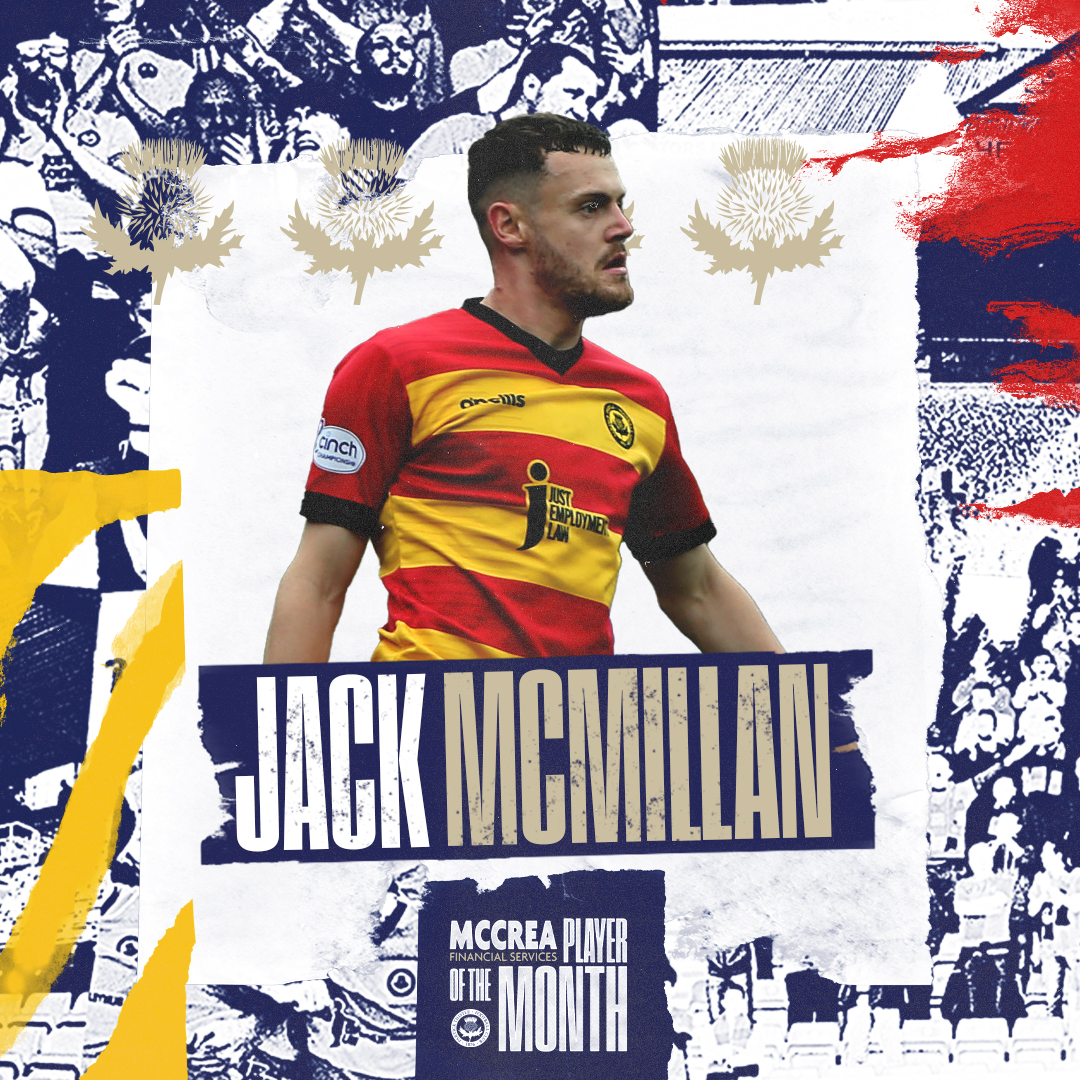 Only one man has played every minute for Thistle so far this season and that man is Jack McMillan. The defender has hit the ground running on his return to Firhill, setting up the match winning goal on the opening day of the season at Ochilview. A further assist against Fraserburgh was followed by his first Thistle goal in our 4-2 win over Montrose before he was asked to fill a more defensive role at centre-half against Dundee producing a solid performance in a 3-2 win.

Vote for Jack on ptfc.co.uk 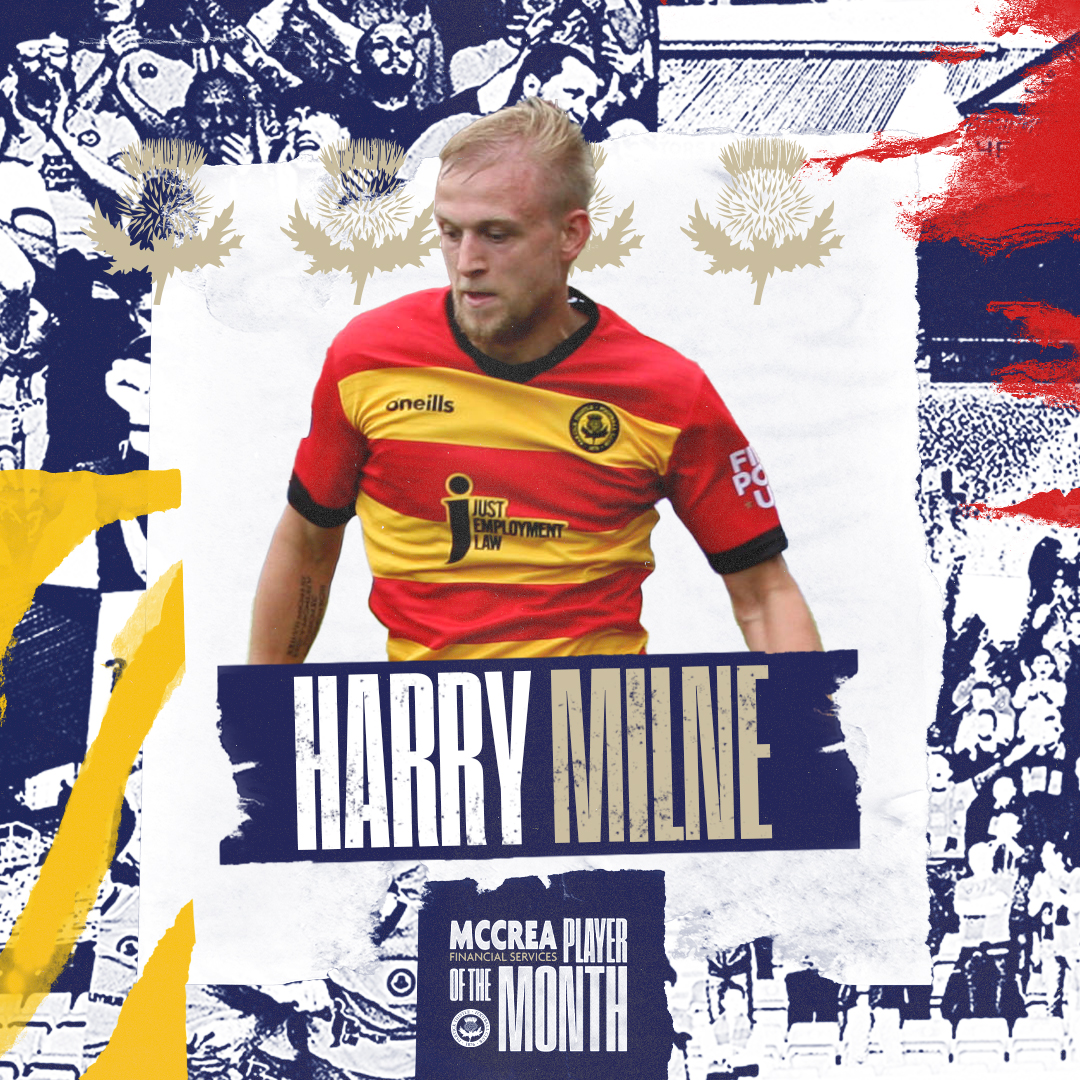 There was a lot of anticipation about what Cove Rangers standout Harry Milne would be able to produce in a Thistle shirt having signed a pre-contract at the club towards the end of last season and it’s fair to say the full-back hasn’t disappointed. Debuting with an impressive performance at Kilmarnock, the Red and Yellow army have taken to Harry with his name being sung loudly at our most recent game against Dundee at Dens Park.

Vote for Harry on ptfc.co.uk

So, those are your three nominations for the July McCrea Financial Services Player of the Month award.

It’s up to you to cast your vote to make sure your choice wins the prize - voting is open until 4pm on Sunday 7th August.