For the second successive month Conor Sammon has been voted the McCrea Financial Services Player of the Month. 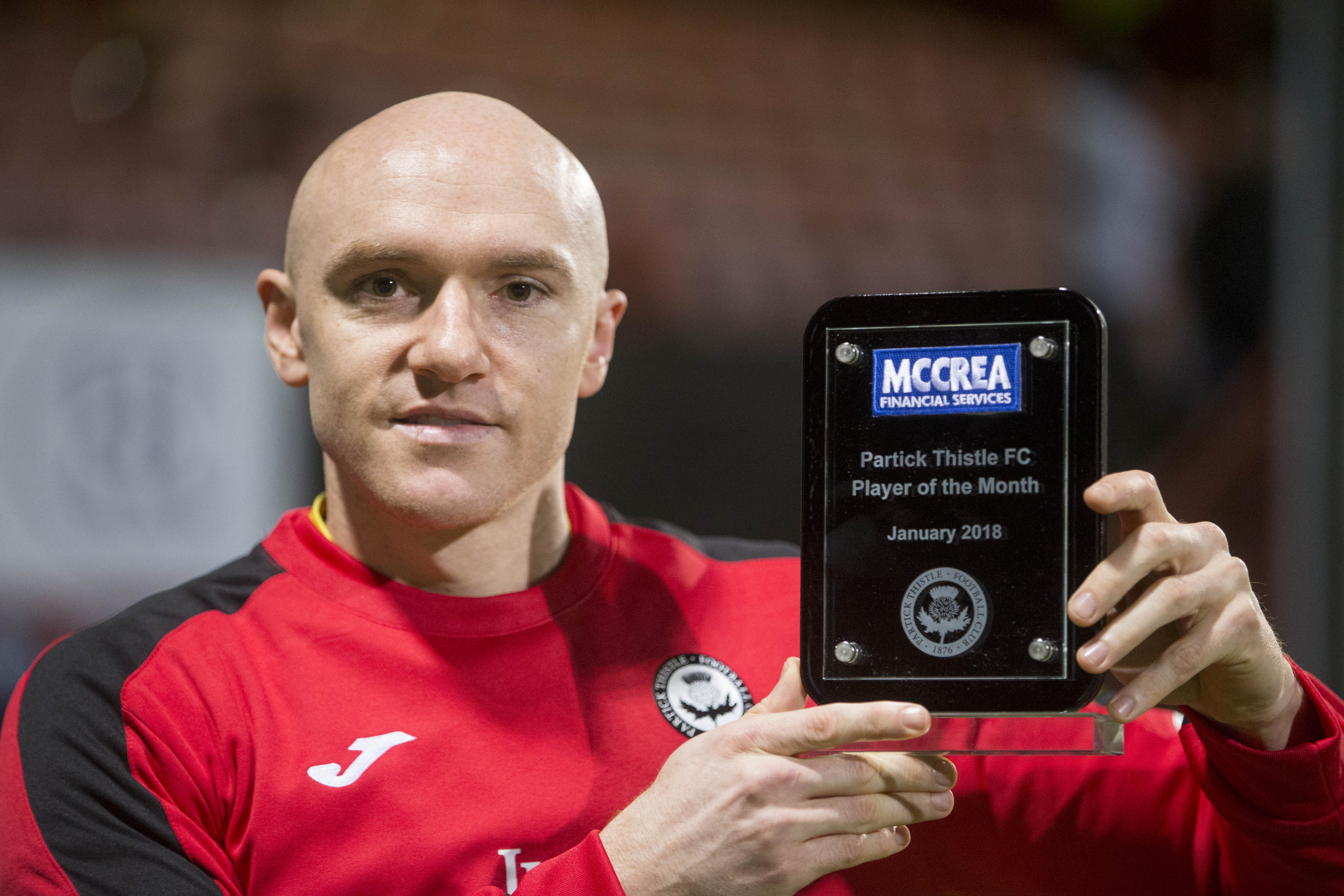 Feed the fish and he will score was a phrase that certainly proved accurate in January. With four goals in three games it is little wonder that Conor received such a massive proportion of the votes.

Conor was presented with his award ahead of the match against Rangers on Tuesday night and, after the game told ptfc.co.uk just how much picking up a second trophy meant to him.

Conor said: "It's such a great thing for me to win another award, especially given that it's straight after I won my first. I really feel like I've hit a good run of form recently and I'm certainly enjoying my football at the moment.

"Obviously the game on Tuesday night was disappointing but overall our form has really improved since Christmas and the focus now is firmly on moving up the table and getting away from the bottom two positions as quickly as we possibly can.

"I really feel like the supporters here have got behind me and I can't tell them how much that means to me and how much it gives you a boost when you come to take the field on a Saturday. Hopefully i can keep doing what I'm doing and that will go some way to repaying the faith they have shown in me so far."

Don’t forget you can us on twitter and facebook where we run regular competitions with Thistle and Glasgow Warriors.