Late last week we announced that Jamie Sneddon had won the McCrea Financial Services Player of the Year award, as the record-breaking goalkeeper received deserved recognition for a sensational season.

That wasn’t the only award to be decided though with the McCrea FS Young Player of the Year still to be determined.

Lewis Mayo, Tunji Akinola, Scott Tiffoney and Ben Stanway were the nominees with the winner decided by a fan vote on ptfc.co.uk and the club’s Twitter page.

It was Scott Tiffoney who came out on top with over 50% of the votes for Thistle’s dynamic wideman.

The 2021/22 campaign has been Tiffoney’s first full season as a Jag after his electric loan spell at the end of the club’s League one title winning charge.

The number seven turned his loan spell permanent last summer and didn’t waste any time in making his mark as a fully-fledged Thistle player as he scored the winning goal against Queen of the South on the opening day of the cinch Championship season.

Scott continued to impress in the early goings of the season with a goal up at Inverness, two assists at home to Ayr United and an outstanding performance against Hamilton Accies at the Fountain of Youth Stadium as Thistle won 6-1.

The winger’s telling contributions carried into the new year with another goal in an away game at Hamilton and two assists as Thistle drew 3-3 with Inverness at the Caledonian Stadium.

23-year-old Tiffoney’s most recent star moment came against Queen of the South at Palmerston Park when he ran half the length of the pitch with the ball at his feet before firing past Josh Rae to earn Ian McCall’s side a vital three points.

“I’m delighted to win this award for the second year in a row. From the minute I came here on loan last season I’ve been made to feel at home and that’s made it a really enjoyable place to play my football over the last year or so. 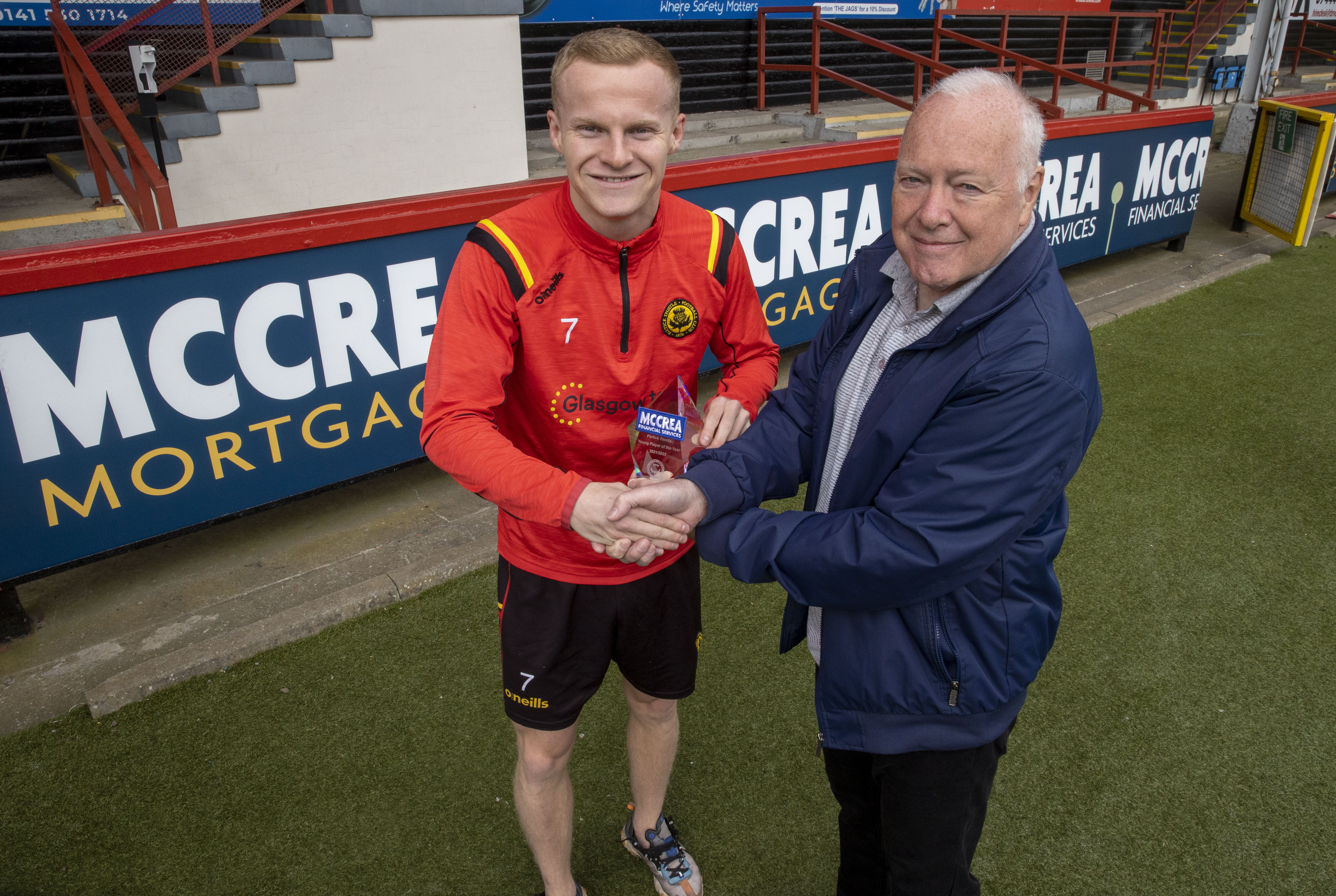 “We’ve had some memorable games this season and I’m happy with how I’ve been able to contribute to what we’ve done. There’s still more work to do though – we’ve got ourselves into the play-offs so now we need to go and give it everything we’ve got and see whether we can finish this season on a real high.” – include if qualify for playoffs

As well as following the Jags remember you can also follow us on Twitter and Facebook where we provide useful updates and the latest news on getting the most out of your finances as well as finding the right mortgage deal for you.