Partick Thistle’s Jamie Sneddon has been voted the McCrea Financial Services Player of the Month for October, after an impressive month from the Jags number one. 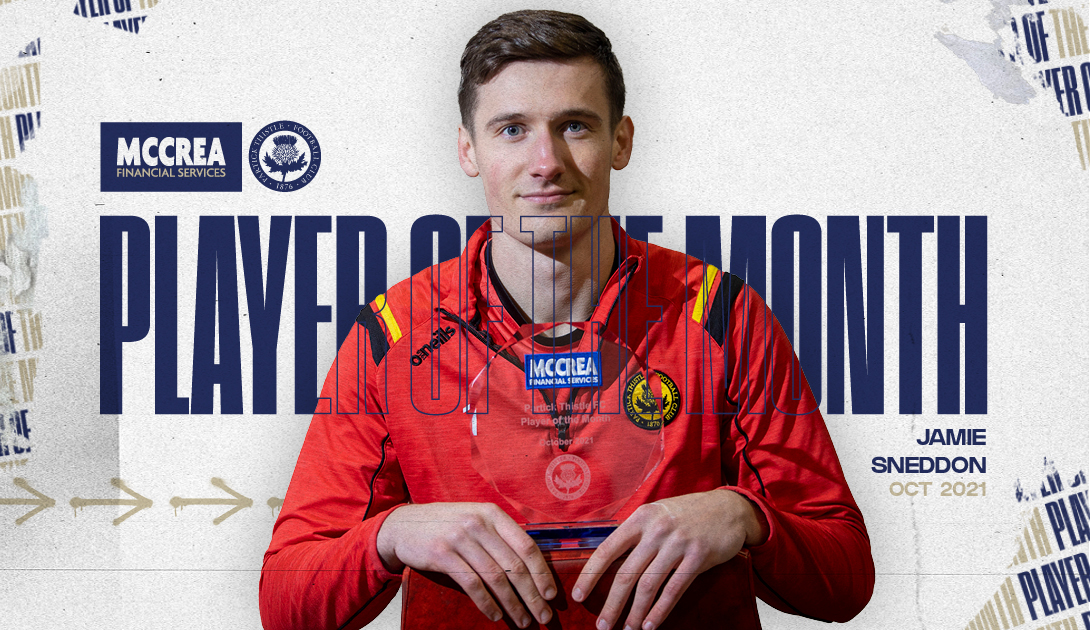 Thistle went five games undefeated in the cinch Championship thanks to the confident and commanding performances from Jamie between the sticks. Big saves including a point blank save against Dunfermline as well as penalty heroics against Inverness ensured Thistle ended the month with three consecutive clean sheets which sees Ian McCall’s side remain secure in the top half of the cinch Championship table.

After receiving his award at Firhill, Jamie said:

“It was a really good month for us as a defence so I think there were a few players who could have won the award but obviously I’m happy that the fans voted for me. We defend as a team though and everyone from back to front has done their part.

“As a goalkeeper, the aim at the start of each game is always to go out and keep a clean sheet so to get four last month was fantastic. We had to dig in at times but that’s what it’s like in the Championship and I think we showed how good we can be as a defensive unit.”