Supporter voting open for Thistle Player of the Month

Thistle’s December form was built on a solid defensive showing, with three clean sheets from four games played during the final month of 2020.

A home draw against Dumbarton was followed by a clinical away victory at Forfar Athletic. The Jags unbeaten run came to a shuddering halt against Peterhead but the month ended with ten man Thistle taking a point from the Falkirk Stadium, only denied all three by the woodwork - twice.

As 2021 gets underway, we take one final look back to 2020 with our McCrea Mortgages December Player of the Month award. Choose from one of the four nominees below. 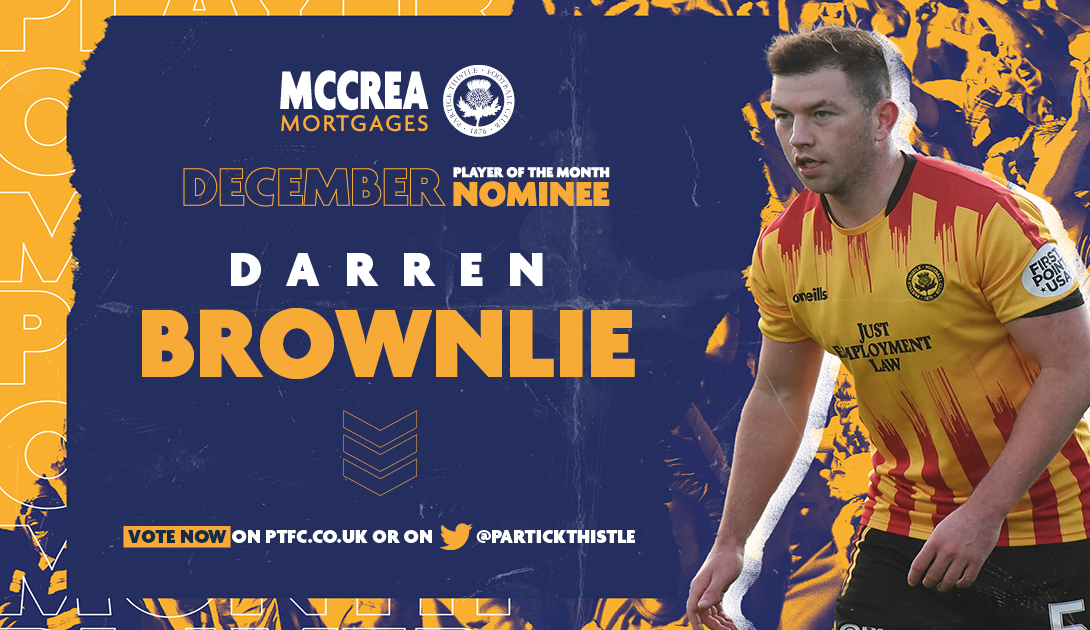 It’s been another strong run of games for the centre half as he racked up another month with 100% attendance playing a key part in Thistle’s current run of only one goal conceded in seven matches. Darren has had to play with a number of defensive partners this season but his consistent performances ensure that he is one of the first names on Ian McCall’s team sheet every Saturday afternoon.

Vote for Darren at ptfc.co.uk 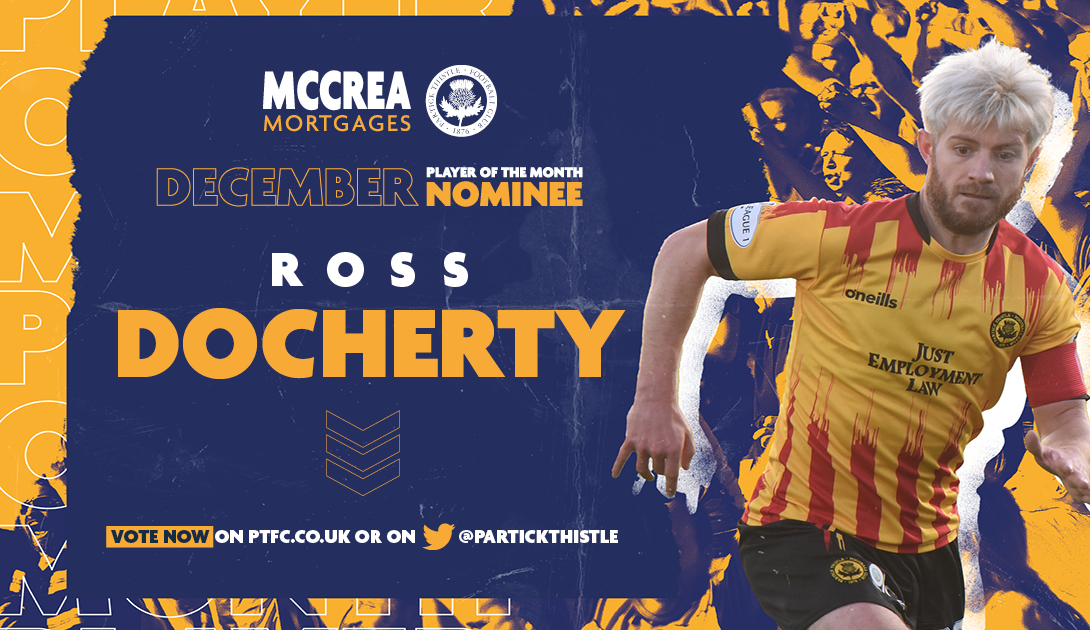 The Jags skipper finally got off the mark for Thistle with a well taken goal that secured the three points at Station Park in early December. A series of tenacious displays in the heart of the midfield have provided defensive security with his playmaking abilities and strong partnership with Stuart Bannigan starting many a Thistle attack during December. 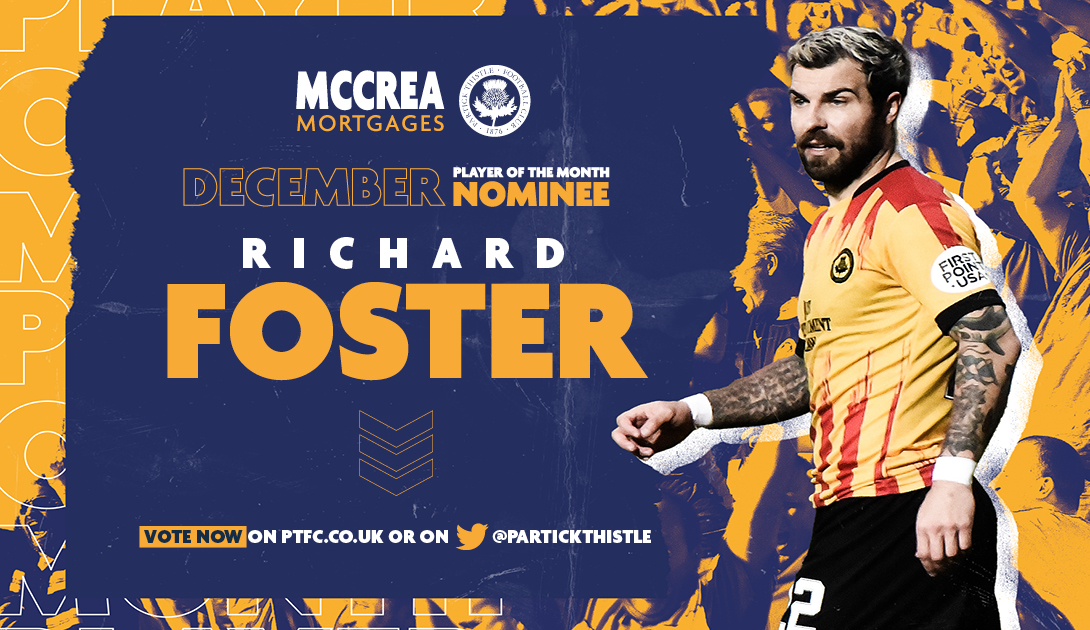 Richard has been a model of consistency for Thistle over the last couple of months, excelling when moving across to the left-hand side of the Jags defence. Making full use of his footballing experience, Richard has focused on his defensive responsibilities but came close to netting his first Thistle goal when a powerful effort against Dumbarton was denied by a last gasp sliding block.

Vote for Richard at ptfc.co.uk 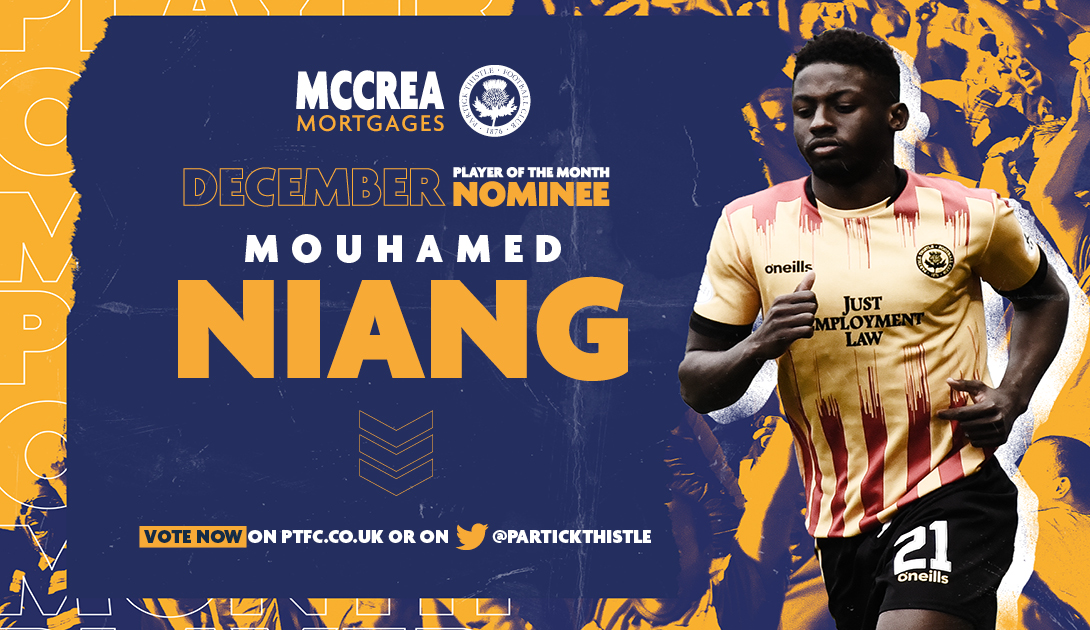 Since moving into the centre of defence in mid-November Mouhamed “Sena” Niang has been a revelation in red and yellow. Aided by a strong defensive partner in Darren Brownlie, Niang has added a degree of composure to the Thistle defence throughout the month of December with his calmness in position and commanding aerial presence. With his services to Thistle tied up until 2023, the hard work starts now for the youngster as he looks to continue to establish himself within the first team at the club.

Vote for Mouhamed at ptfc.co.uk

That completes the shortlist of our sponsored Player of the Month nominees for December. Now it’s over to the Thistle faithful to get voting and decide who wins the final monthly award in 2020.