Thomson voted Warrior of the Month for February

Brandon Thomson has picked up his first McCrea Financial Services Warrior of the Month award, after being voted the top performer for the month of February. 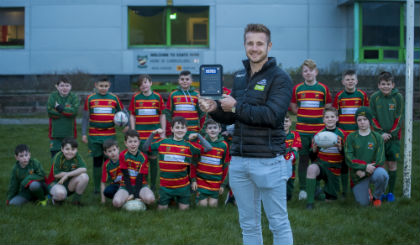 Last month, Thomson signed a new two-year deal with the Warriors and celebrated with a Man of the Match performance against Connacht, kicking 13 points and controlling the game from fly-half.

Dave Rennie’s side secured back-to-back bonus-point wins against Cardiff Blues and Connacht during the month, before taking all five points against Zebre at the start of March, which saw them move three points clear of second-placed Munster in Guinness PRO14 Conference A.

The P7s from Cambuslang Rugby Club won a competition through McCrea Financial Services to present Brandon with the trophy.  It was Mum, Dona Grimwood who put them forward, well done Dona and well done to young Robbie who was the player selected to present to Brandon! 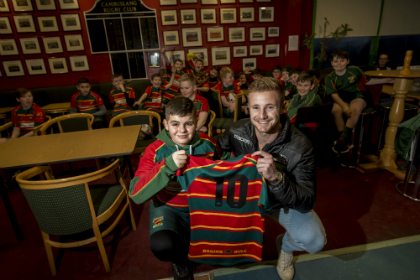 Brandon sat down and had a Q&A with the kids in their Clubhouse last night and they presented him with the Cambuslang No. 10 shirt before going pitch-side to get photos with the whole team.  Brandon also stayed to sign loads of goodies and pose for pictures with the kids to ensure everyone really enjoyed the visit from this winning Warrior. 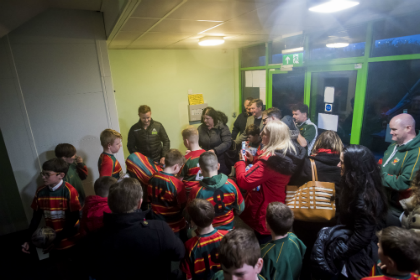 Speaking to glasgowwarriors.org, Brandon Thomson, said: “It feels great to win this award. I never expected it to happen so I’m really stoked to have been nominated in the first place and then to have won the most votes is amazing.

“We’ve got a tough run-in, but everyone is excited and we’re going to have to work harder than we did at the end of last season, but I think that’ll be good for us. We’ll just take it game by game and week by week and hopefully we’ll end up on top.”

Stay in touch with our Warriors sponsorship news, updates and competitions by following us on Twitter and Facebook.