Thistle are back and so is your chance to vote for your Player of the Month!

Thistle returned to competitive action in mid-March remaining unbeaten in our four competitive fixtures since the re-start which also see the return of the Player of the Month Nominations. 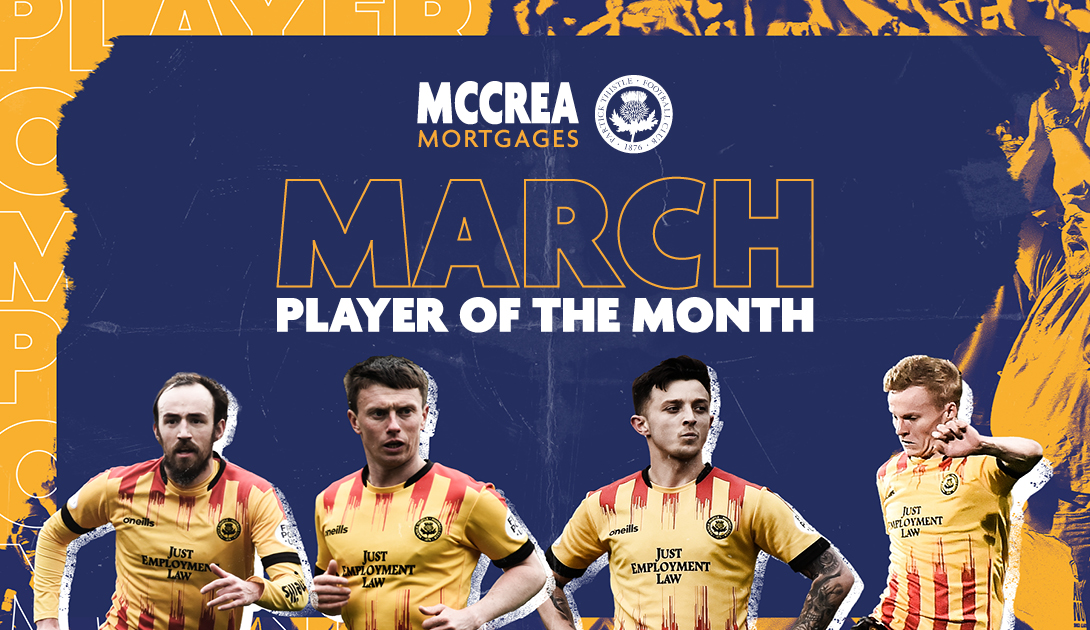 A home draw against Cove Rangers was followed by a dominant Scottish Cup performance against Cowdenbeath. A trip to Airdrie saw the Jags recover from falling a goal behind inside the opening couple of minutes to display their best performance of the 2020/21 campaign in a 4-2 victory, before the points were shared against Forfar Athletic.

With ten goals scored in four competitive matches, there were plenty of strong performers in the Thistle side to be in the running for the McCrea Mortgages March Player of the Month award. Choose from one of our quarter below: 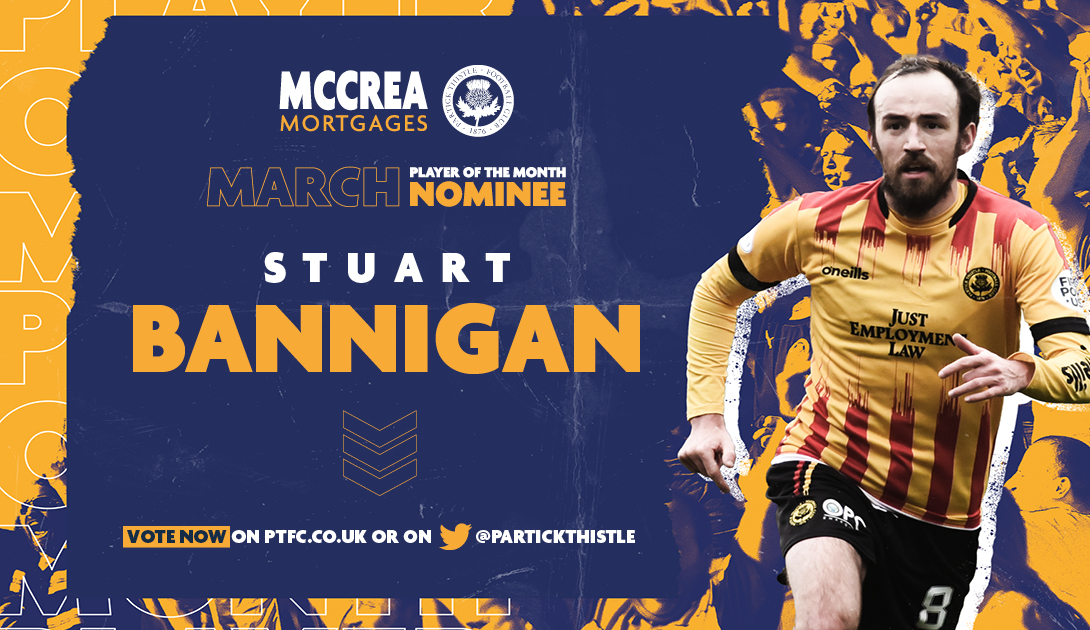 A first nomination of the season for Stuart who returned from the enforced shutdown with a string of consistent performances in the heart of the Thistle midfield. Playing alongside the energic Shea Gordon has allowed Stuart to continue to dictate the Thistle play with the side creating plenty of attacking chances as the side returned to action. 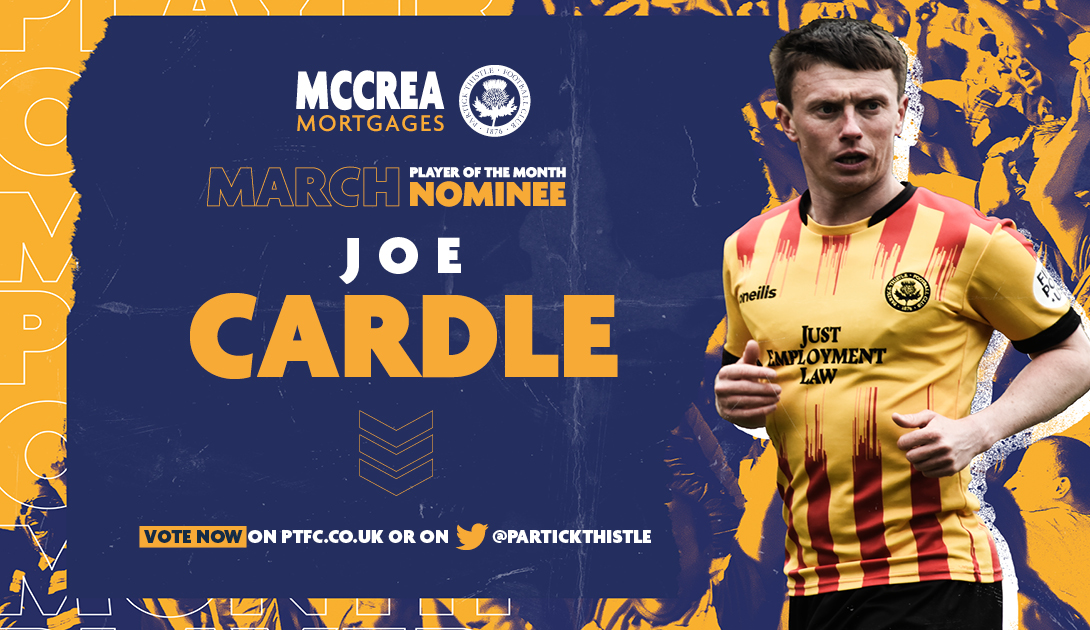 Joe marked the return to competitive action with the opening goal of the game against Cove Rangers, shaking off the lockdown rust with ease. The creative attacker has also contributed assists to a couple of vital goals; Zak Rudden’s first goal for the club against Cowdenbeath and Scott Tiffoney’s clinical equaliser against Airdrieonians last Saturday. 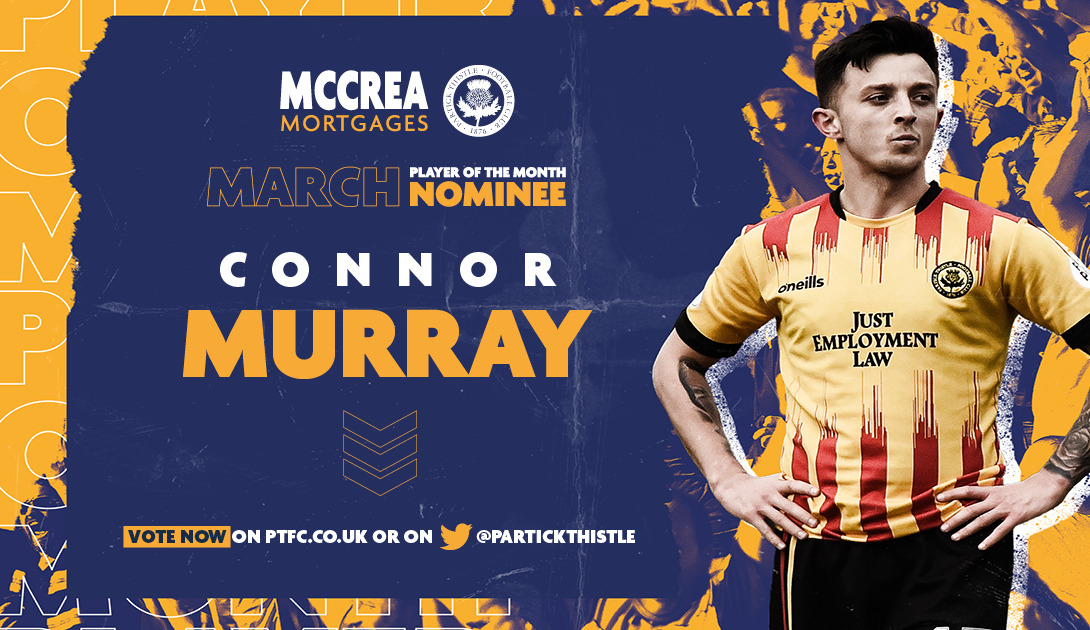 Connor was just starting to find his feet in red and yellow when the shutdown arrived in January but the Thistle number 17 has picked up where he left off, with three goals in his last three games. A productive showing in our opening game against Cove Rangers laid the foundation before he found his goalscoring touch against Cowdenbeath. Connor bagged our equaliser against Forfar Athletic on Tuesday night with a Goal of the Season contender. 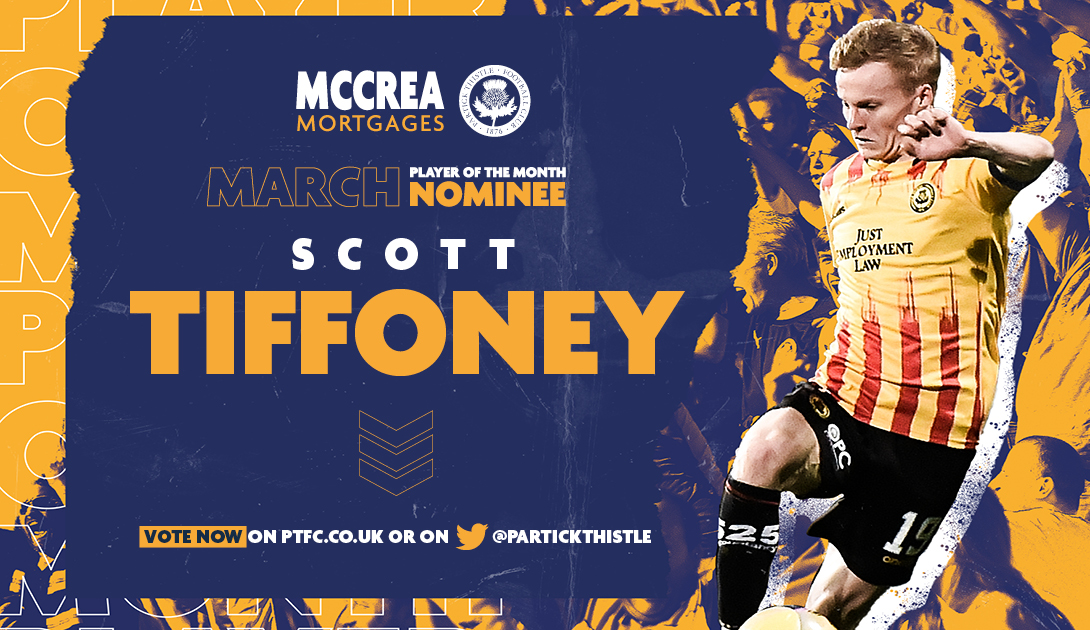 A loan signing from Livingston, Scott arrived at the club mid-afternoon last Tuesday and was thrust straight into the starting line up for our Scottish Cup tie against Cowdenbeath. Less than ten minutes into his Jags bow, he had registered an assist by teeing up Shea Gordon’s opener. A very productive afternoon at Airdrie followed with two goals, including his first career header, while also grabbing another assist to add to his personal tally.

That completes the shortlist of Player of the Month nominees for March. Now it’s over to the Thistle faithful to get voting and decide who wins the first award of 2021, with voting closing at 1pm on Saturday afternoon.  You can visit the PTFC website or Twitter page to place your vote now!