A beaming Sione Tuipulotu says that there’s still more to come from both himself and Glasgow Warriors this season, after being voted as the McCrea Financial Services Warrior of the Month for December by the Warrior Nation. 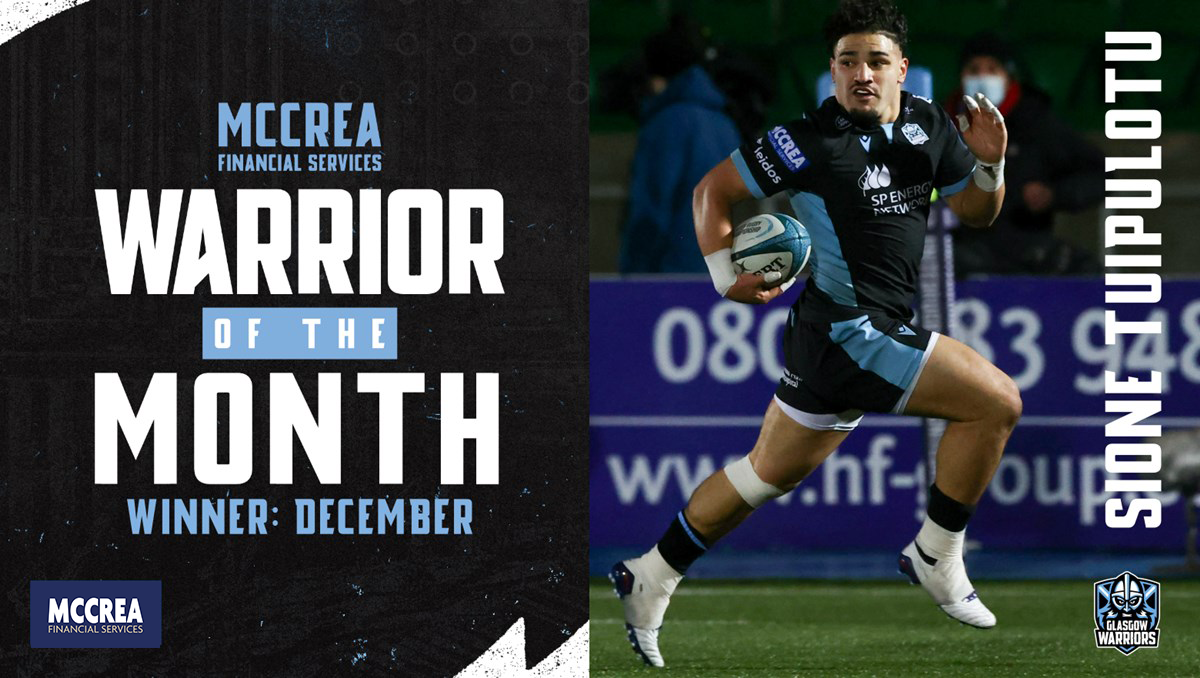 The centre’s performances across the month saw him earn 38% of the vote from the club’s supporters, a share that saw him fend off the challenge of Ali Price to take home the trophy.

A summer arrival from Japanese outfit Yamaha Jubilo, Tuipulotu’s barnstorming performances have quickly seen him develop into a fan favourite at Scotstoun, impressing in his 10 outings to date in Glasgow colours.

Kick-starting December in the form that saw him earn a Scotland debut back in October, the centre crashed over for his first try at Scotstoun in a comprehensive win over the Dragons.

He then gave notice of his quality to the rest of Europe when Exeter came to town, making more metres than any other Warrior and beating defender after defender to help his side to a famous 22-7 victory over the English side. 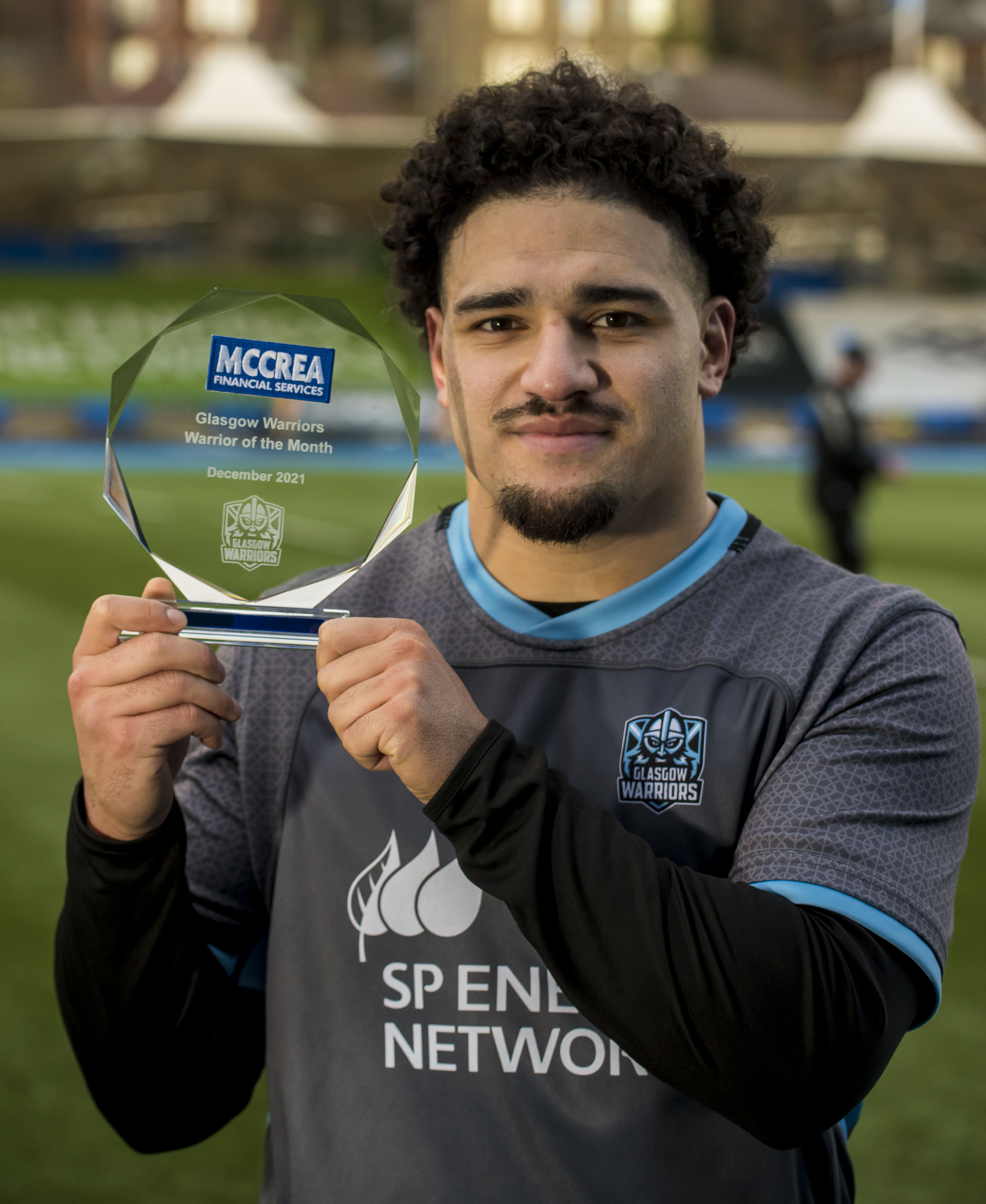 Despite the festive double-header with Edinburgh being postponed, Tuipulotu showed no signs of rust in his first match of 2022, crossing for a brace of tries in a Player of the Match-winning performance against the Ospreys last weekend.

“I’m loving my rugby at the moment, and I’m happy that’s translating into my performances on matchdays,” Tuipulotu told glasgowwarriors.org after receiving his award.

“When I’m happy, I play my best footy, and right now I’m really happy with where we’re going as a team.

“I don’t really have a preference where I play, but I love being close to the action and getting my hands on the ball at centre – I’ve really enjoyed playing outside Sammy [Johnson] this season. It doesn’t matter whether I’m playing at 12 or 13, I’m absolutely rapt every time I’m selected. I said to Danny [Wilson] that I’d be happy to be picked anywhere, as long as I’m on the field!

“Thank you so much to the fans for their support – it makes such a difference to have their support behind us, and it gives us real momentum. I’ve loved playing in front of them so far this season and hopefully there’s still more to come.”