Vote now for your Jags Player of the Year 2017

As we approach the end of a truly historic season for Partick Thistle Football Club supporters, players and staff alike can look back over the last nine months with a great deal of pride. With performances on the park having been so good it made picking a shortlist for the McCrea Financial Service Player of the Year even harder than ever.

The winner will receive their award at the player of the year awards on Sunday 30th April but who picks up the trophy is entirely up to you. The shortlist has been extended from the usual four to six in recognition of the club’s top six achievement. So, without further ado, your 2017 McCrea Financial Services Player of the Year shortlist is… 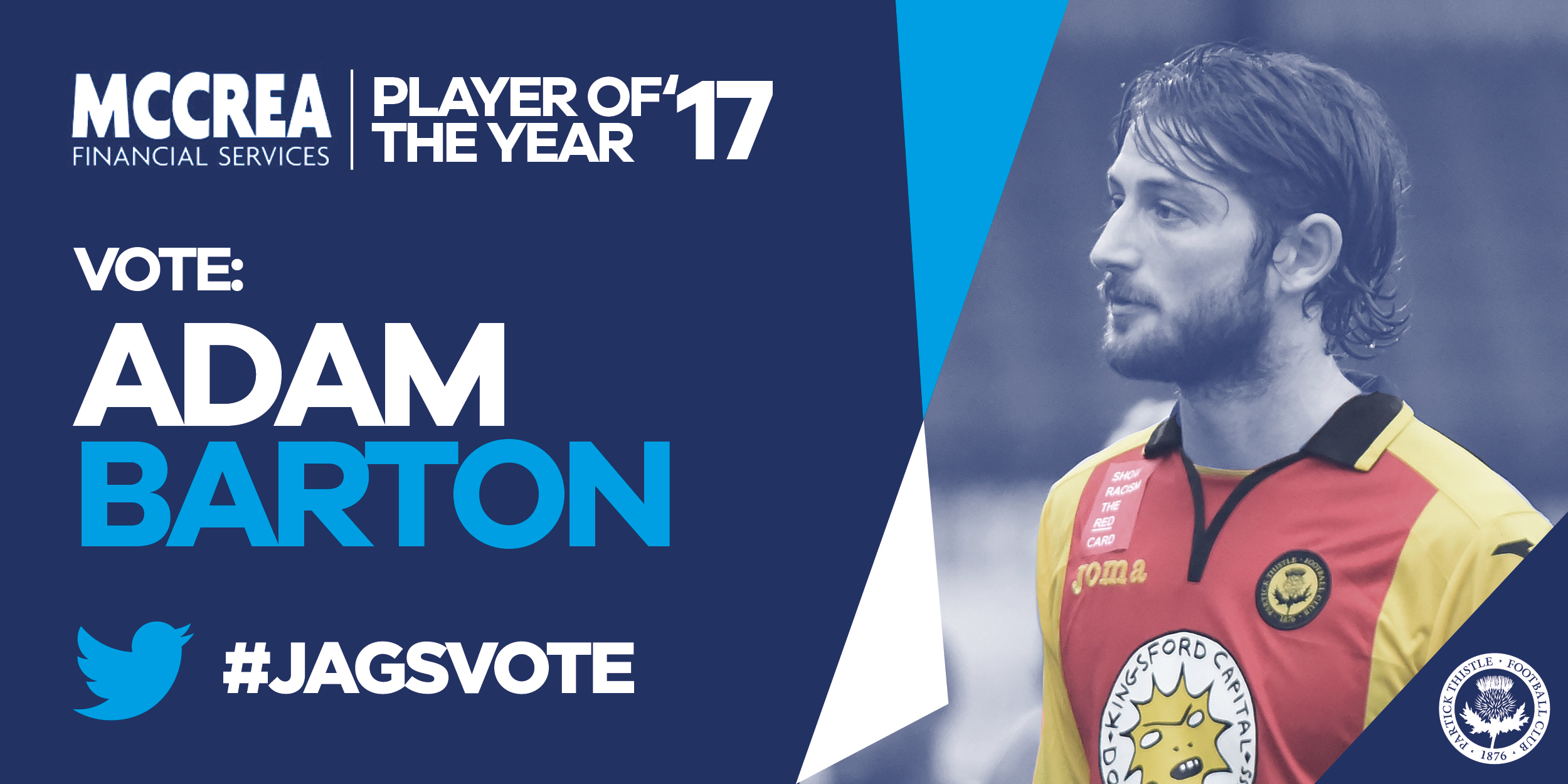 Having joined the club at on transfer deadline day at the end of August Adam did originally have to wait for his opportunity in the first team but the former Portsmouth man soon proved his worth. A series of classy performances at both centre back and centre midfield saw the Jags number 13 scoop the Ladbrokes Premiership Player of the Month for December.

Earning plaudits from fans and media alike Barton has been instrumental in Thistle’s success this season with his relaxed style bringing a much needed calmness to a young Jags defence. 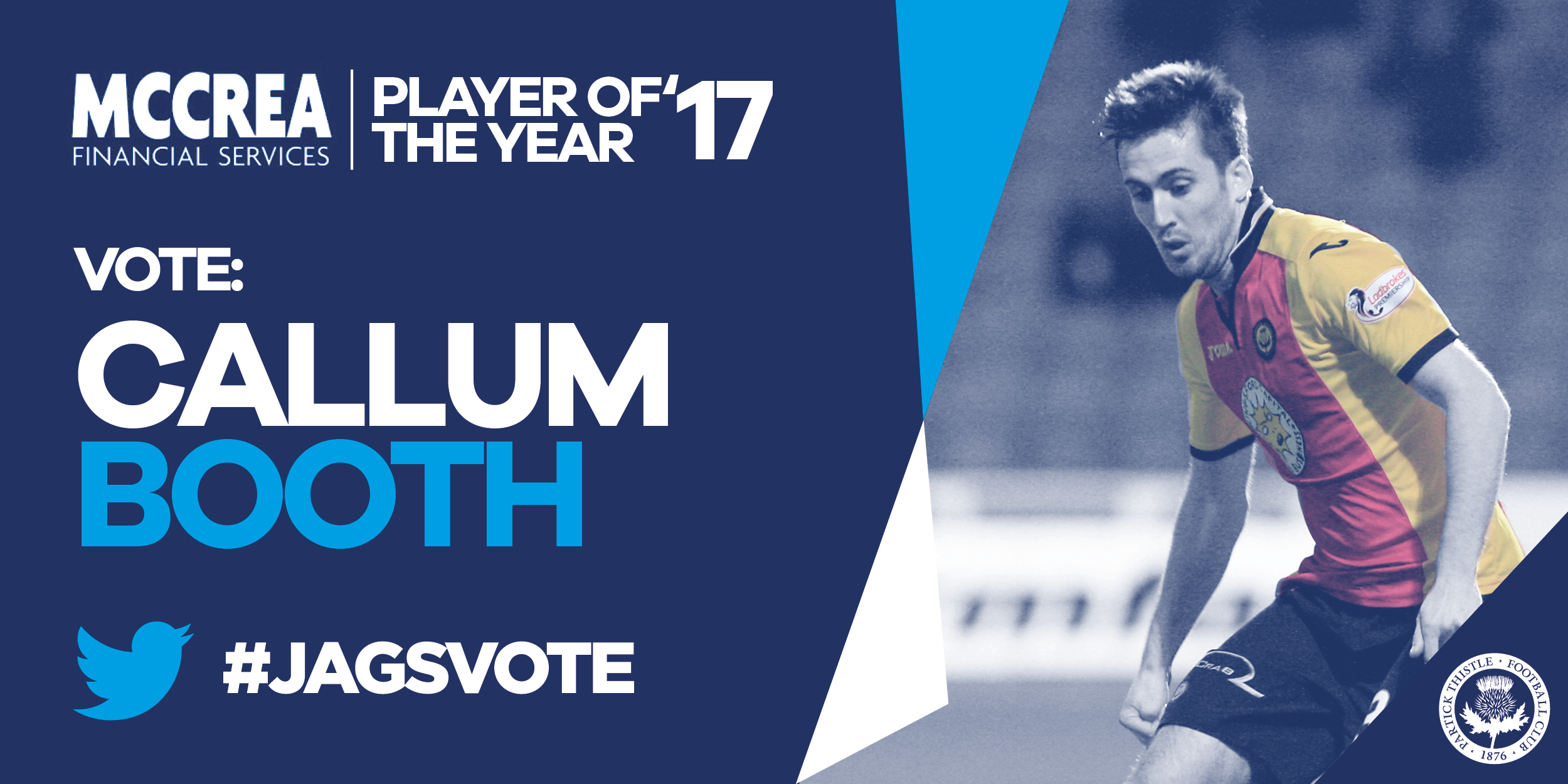 Callum Booth is fast becoming Mr Consistent for Thistle and, despite an ongoing injury niggle, has continued to put in first class performances week in and week out. Rarely a player to hog the limelight or grab the headlines, Callum covers every blade of grass on the left side of the pitch and has a work ethic that few can match.

Having played at both left back and left wing back this season, the 25 year old’s highlight will no doubt be the stunning free kick he scored at Firhill against Dundee to help his side on to a vital 2-0 victory.

The Czech goalkeeper deservedly picked the McCrea Financial Services Player of the Year award last campaign and has continued his stunning form as Thistle’s number one this year. A foot injury kept him on the sidelines for the early stages of the season and, following an incredibly unlucky streak on the keeper front, it is no coincidence that the club’s form turned when he was back between the posts on a consistent basis.

Pulling off some of the best saves in the league this season the one handed claw off the line against Motherwell went a long way to securing the club’s place in the top six once and for all. 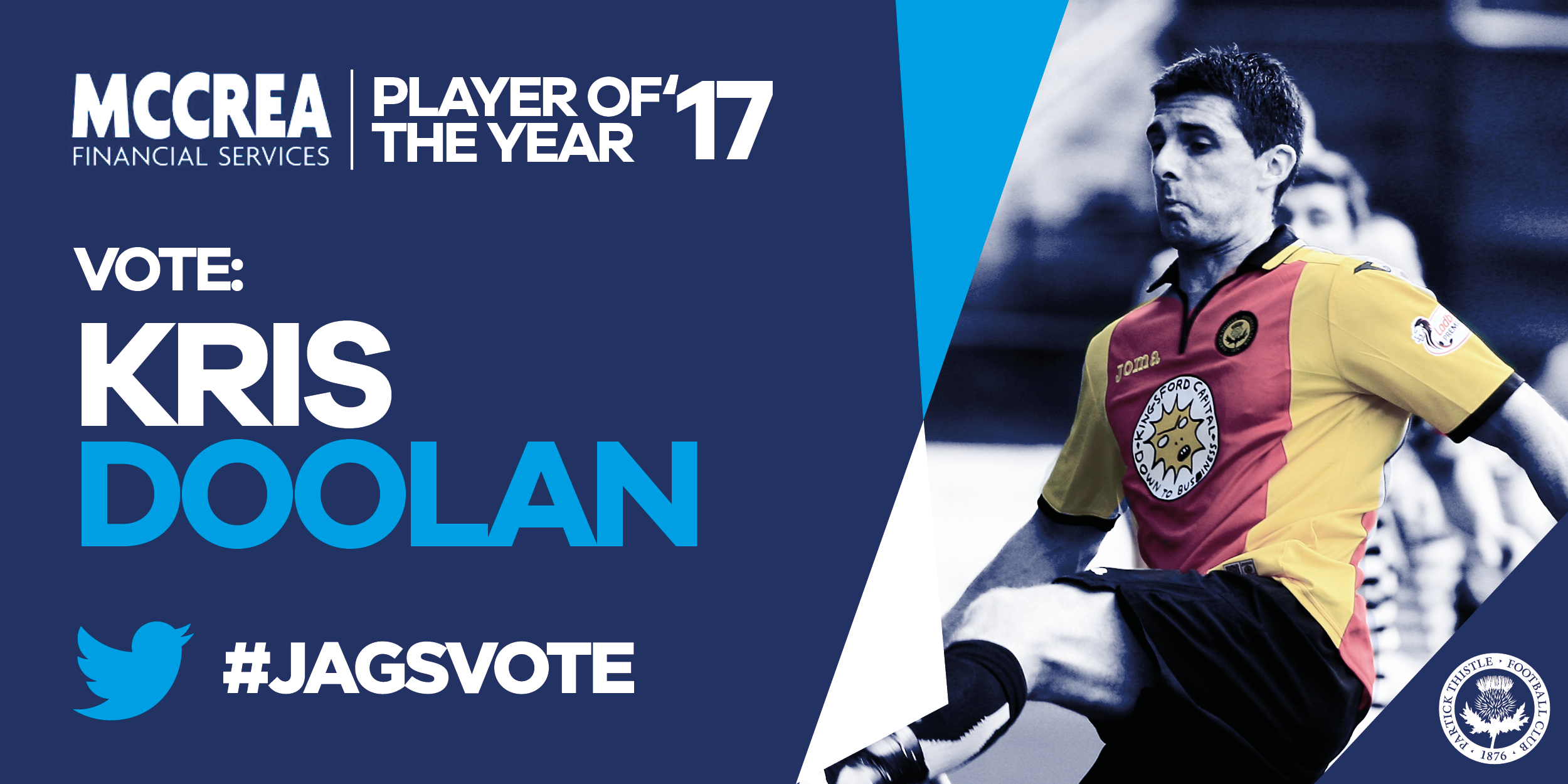 A Thistle legend through and through Kris committed his long term future to the club last summer and started repaying the faith shown in him almost immediately. Once again Dools has made it into double figures in terms of goals and his consistency has been vital to this season’s success.

Dools created his own piece of history by scoring his 100th goal for the club against Ross County and his second sealed his spot at the top of the all-time league scorers chart. It truly was a season to remember for the Jags number 9.

The young Australian has been an absolute dynamo in midfield this season, driving the Jags forward whether the game was in its first minute or its last. Although he initially struggled to break into the first team during his debut season Ryan is now one of the first names on the teamsheet.

His energy astounds even the fittest of opponents and he uses his movement in the opposition half to devastating effect. His club form saw him called up to the initial 30 man Australia squad and although he wasn’t eventually selected a full international cap must only be around the corner. 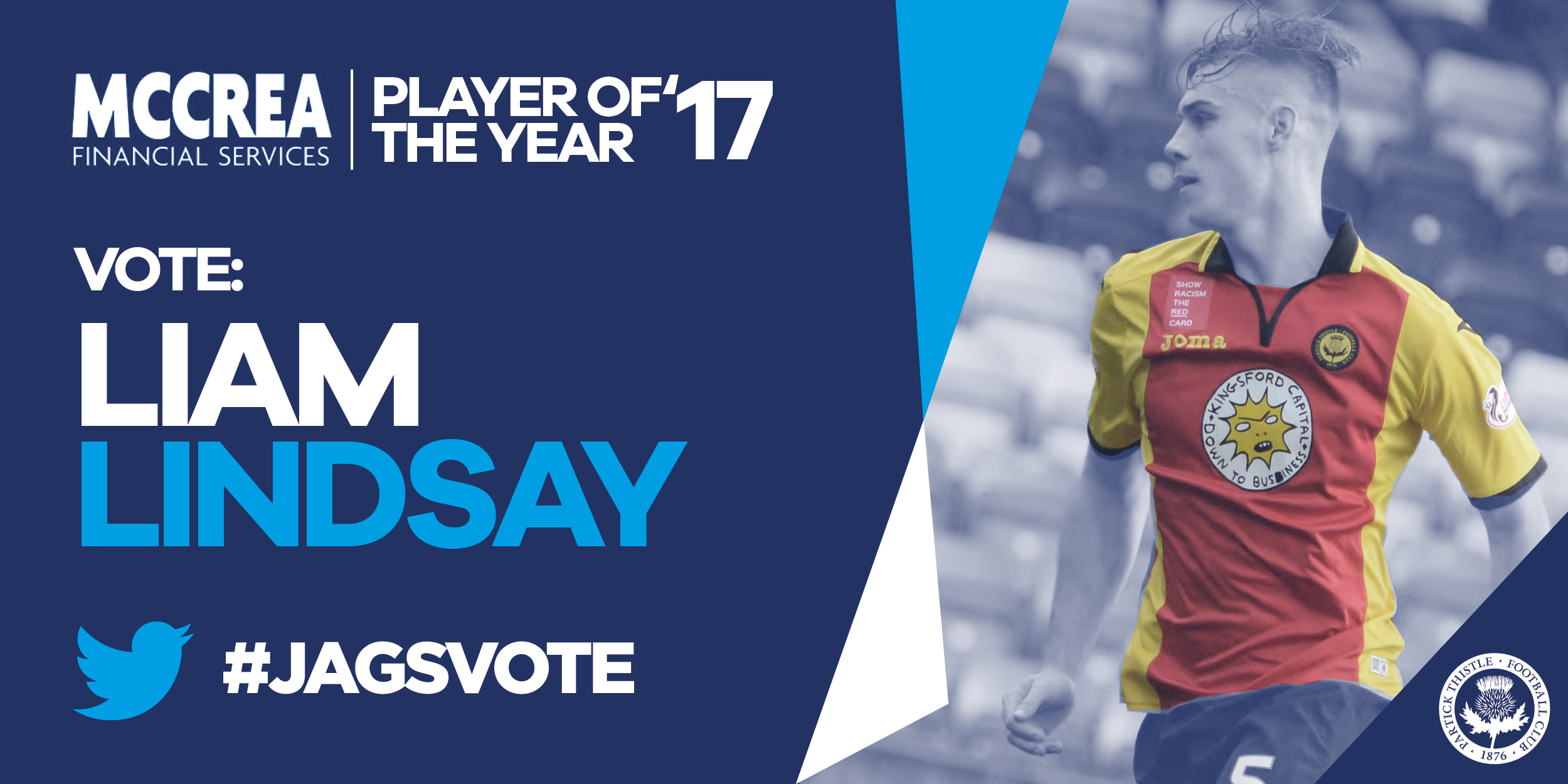 Liam has truly blossomed as a player during the 2016/17 season and has been widely tipped as one of the best young defenders in the country. For a player of such tender years the 21 year old displays exceptional leadership qualities and has worked hard to cut out individual errors which cost him so dearly during the early stages of his first team career.

At 6ft 3 The Jags number five is a handful for even the most accomplished of strikers but it isn’t just at the back where he influences games. With seven goals to his name Liam has scored goals and is a constant threat to opposition defences.

So, there you have it – your 2017 McCrea Financial Services Player of the Year shortlist. You can vote now at ptfc.co.uk or using the links above and voting will be open until 1pm on Friday 28th April, with the winner receiving their award at the Hilton as part of the Player of the Year event on Sunday 30 Aprilth.