November might have been a quiet month in terms of games with the Jags only playing twice but that didn’t make it any less important as Partick Thistle looked to build on a strong October.

The month started in disappointing fashion with a 3-0 defeat away to Rangers but finished on a much more positive note as Archie’s men poured cold water on the Tynecastle homecoming – scoring late to take a point away to Hearts.

So, without further ado, it’s time to have your say on who the Jags’ best performer has been as the vote for the McCrea Financial Services November Player of the Month award opens. 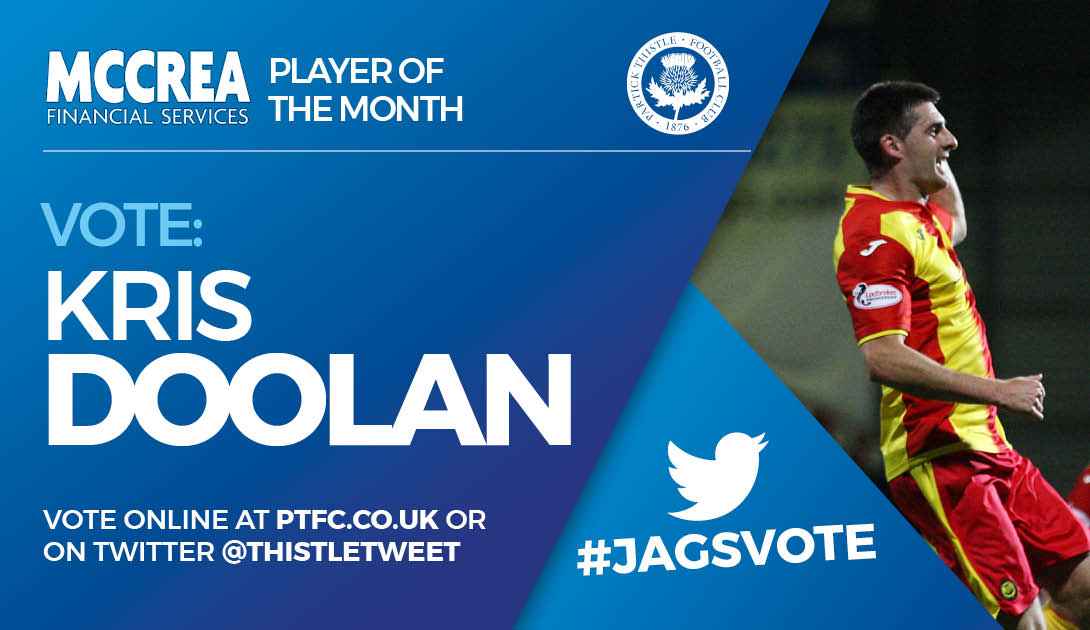 Mr reliable did it again in November when, despite nursing a knee injury which meant he only played 66 minutes across both games, he popped up to score a vital equaliser at Tynecastle Park to ensure the visitors left with a point and the home side didn’t get their perfect homecoming. What’s more, the strike away to Hearts came via an excellent finish with his right foot – a collector’s item if ever there was one! 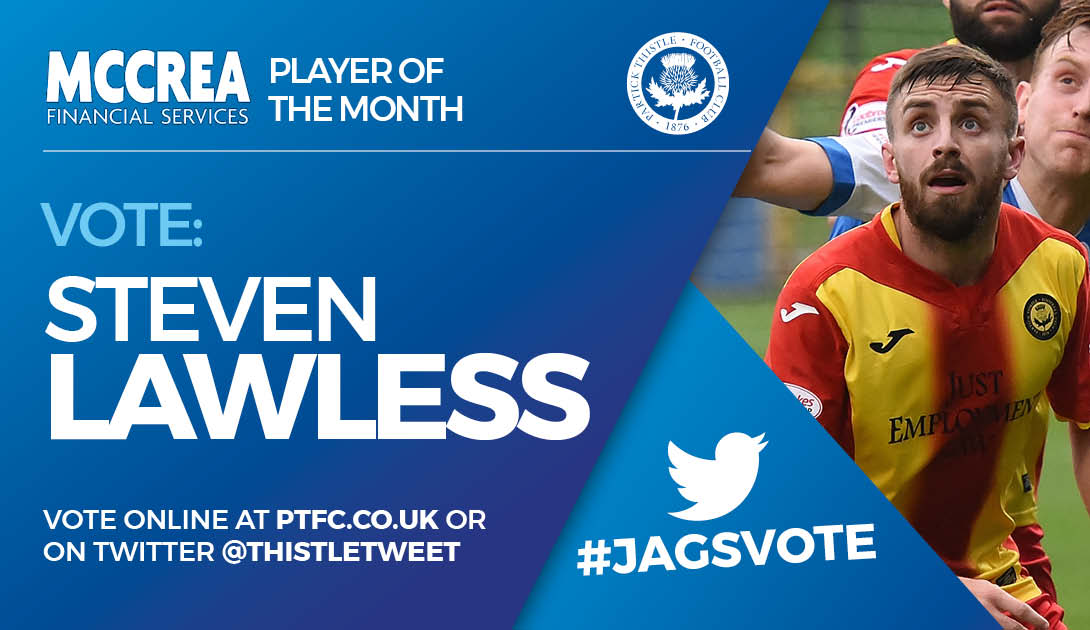 Stevie continued his positive progression this season playing all but 14 minutes of the two ties this month. A versatile and tricky player, Lawless will always cause problems for the opposition no matter where on the pitch he plays and this month was no exception. November marks the second month in a row that Steven has been nominated for the McCreas sponsored award. 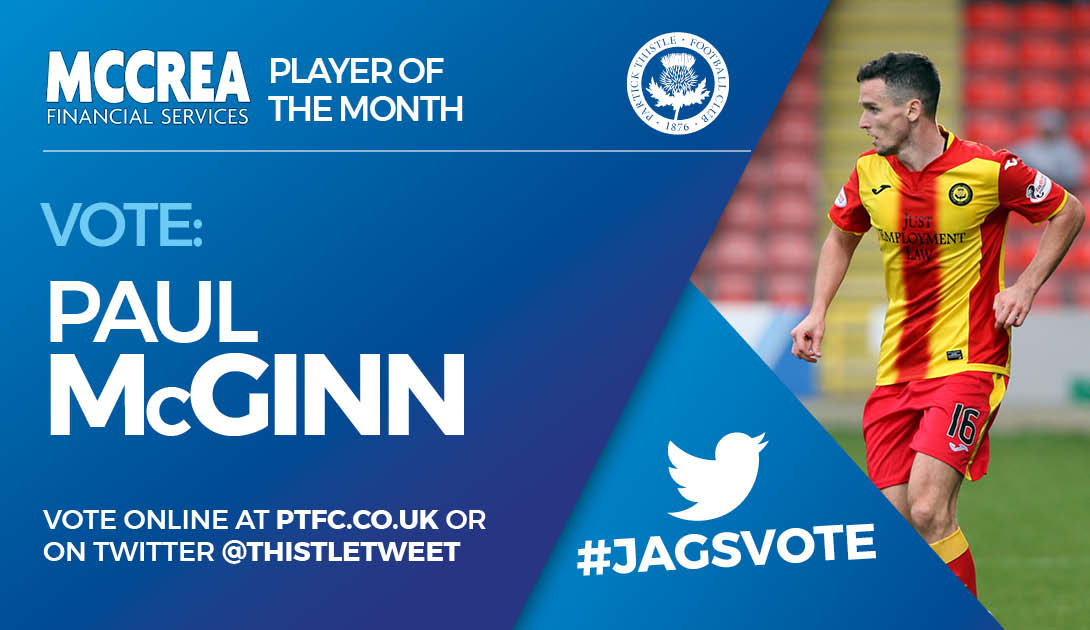 It’s a hattrick of nominations for McGinn as the right back is nominated for the third straight month since signing in September. Never short of energy Paul is very strong defensively but knows when to push forward in support of the attack. Paul has quickly established himself as an incredibly valuable member of the team and those full backs returning from injury will have a tough time getting their place back. 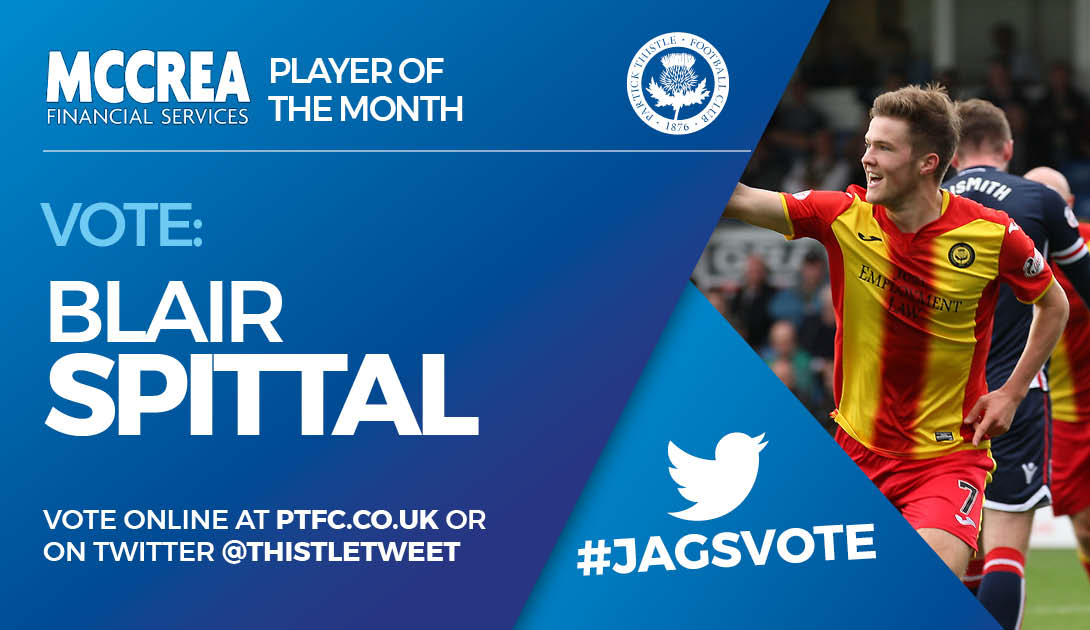 The ongoing injury issues at full back have meant a number of players have played on the left side of the Jags’ defence with the latest being Blair Spittal who played there at Tynecastle Park against Hibs. Although it may initially have looked like a strange tactical decision the 21-year-old was outstanding in the position and earned the Jagzone man of the match award for his performance.

So, there you have it, your McCrea Financial Services Player of the Month nominees for November. Now it’s over to you get voting and make sure your favourite gets to take the trophy home.

Don’t forget you can follow our sponsors McCrea Financial Services on twitter and facebook where they run regular competitions with Thistle as well as providing useful updates and the latest news for getting the most out of your finances.