Voting now open for your Partick Thistle Player of the Year

As we go into the final five fixtures of the 2018/19 season it's time to pick the much coveted McCrea Financial Services Player of the Year. The award, which will be presented at the Annual Ball next Saturday April 20th, is voted for by supporters and is a much sought after accolade.

Your 2019 McCrea Financial Services Player of the Year shortlist is: 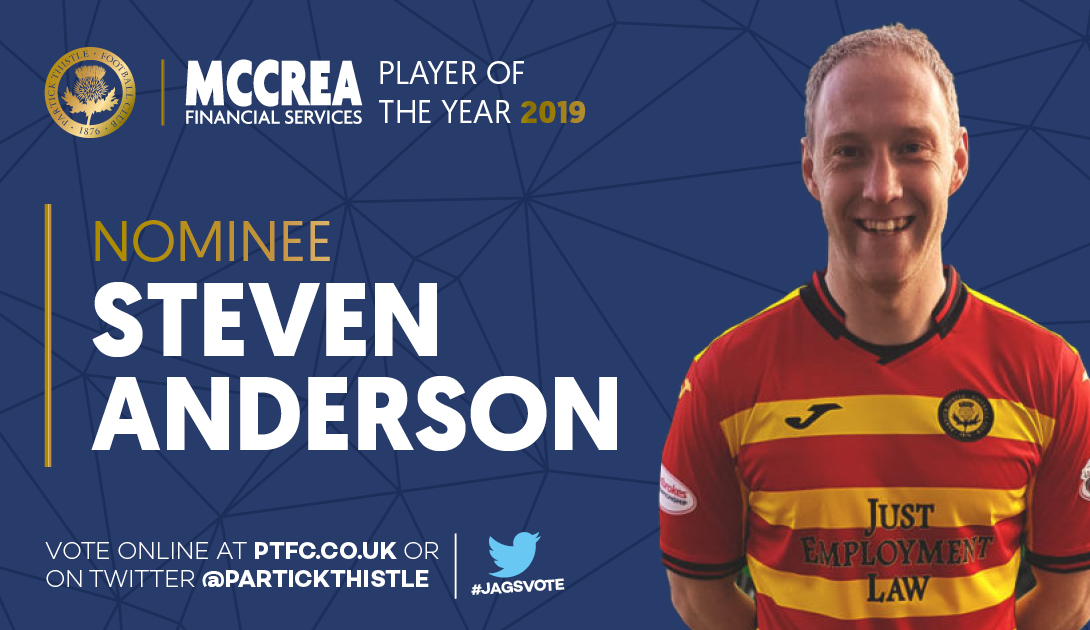 Joining on loan from St Johnstone in January, Steven Anderson made an instant impact by scoring on his Jags debut away to Inverness. He followed that up with another in the very next game,  against East Fife, to ensure Thistle progressed in the William Hill Scottish Cup.

It's not just a set piece threat that Ando has brought to Caldwell's side though with countless crucial blocks and tackles showing his Premiership experience. Only a concussion prevented Anderson from starting every game in his time as a Jag but his presence has definitely been felt since his arrival. 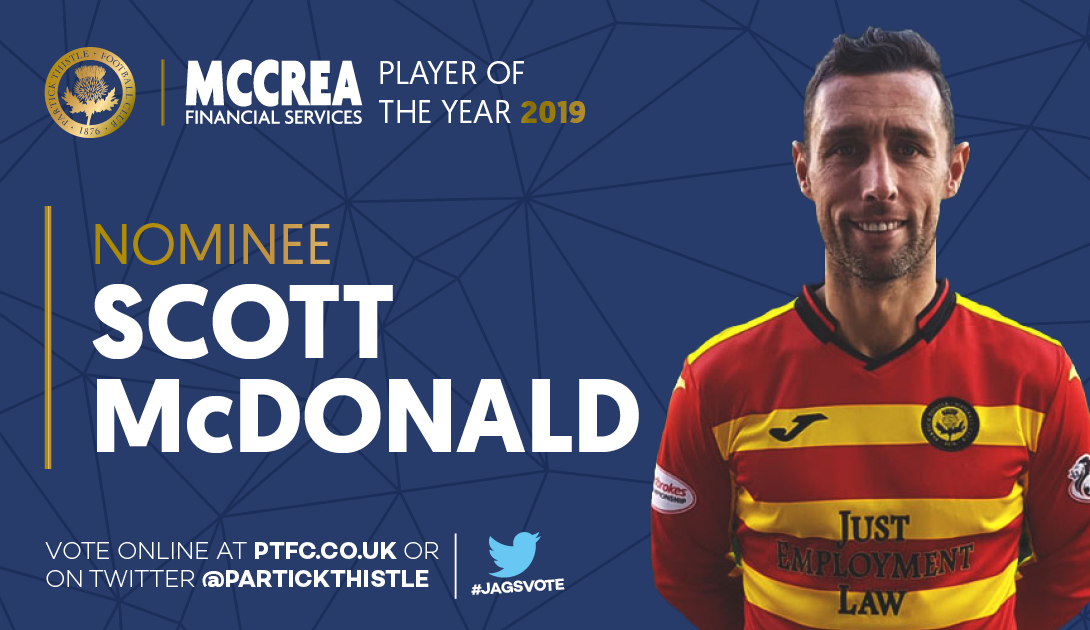 Another mid-season addition, although he didn't actually sign until February, Scott McDonald has been a revelation since he first pulled on the red and yellow of Partick Thistle. Scoring on his debut in a massive win away to Alloa, Scott has regularly found the net since with five goals to his name in just nine games what's more, on league business, he has averaged a goal or an assist every 81 minutes since joining the Jags.

With more than 500 appearance under his belt the 35-year-old Australian has brought vast amounts of experience to the Jags dressing room. Forming formidable partnerships with Lewis Mansell and Kris Doolan, Scott has shown that he isn't ready to retire the the TV studio quite yet...but will he get your vote? 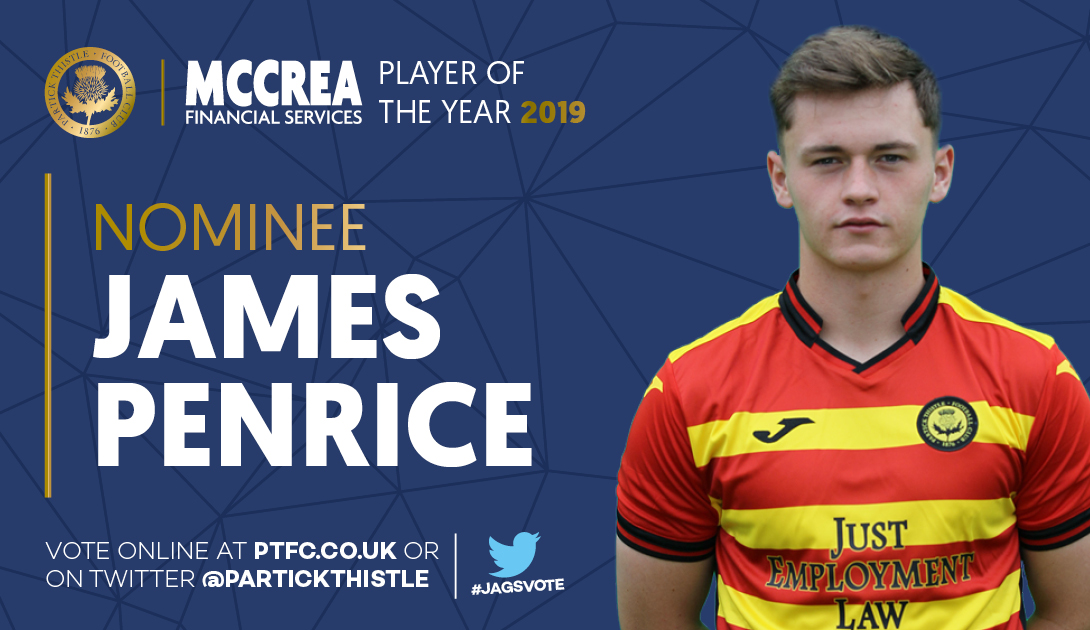 It has been something of a breakthrough campaign for the 20-year-old following a successful spell on loan with Livingston last term. At the time of his nomination James has played every minute of every game so far this season and, excluding injury, looks likely to complete a perfect season in terms of appearance.

Two goals early in the campaign have been followed up with a number of assists from the defender who has slotted in and looked equally comfortable at either full back or wing back. It certainly looks like the Thistle Weir Academy graduate has a bright future ahead of him but has he done enough to earn your vote? 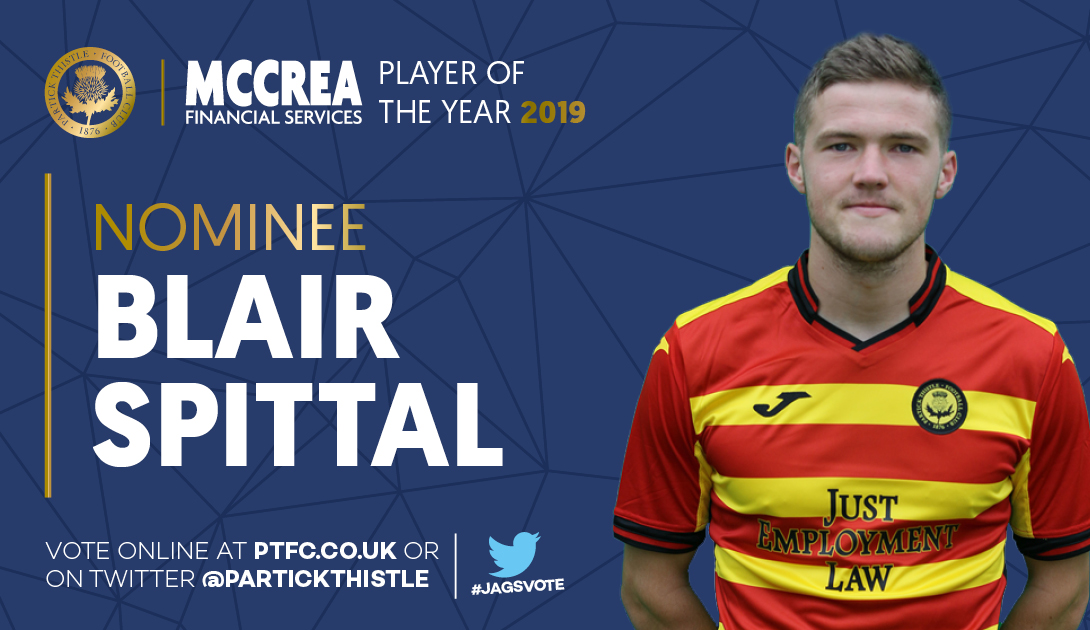 Last but not least we have Blair Spittal. Another nominee who has been here since the start of the campaign, Blair is also the only player to be nominated two years in a row. With eight goals to his name Blair is currently Thistle's highest scorer and has notched in some crucial games.

As well has captaining the side Blair has played in a variety of positions including wide right, full back, wing back and central midfield, the later being a position in which he has thrived. The 23-year-old has also worn the armband on a number of occasions to round off a very impressive season all round but will he be who you vote for?

So, there you have it – your 2019 McCrea Financial Services Player of the Year shortlist. You can vote now at on twitter and at ptfc.co.uk and voting will be open until 12 noon on Friday 19th April, with the winner receiving their award at the Hilton as part of the Annual Ball on Saturday April 20th.