Voting Open for September Warrior of the Month

The McCrea Financial Services Warrior of the Month returns and the four players who have been nominated for the award for the month of September have been revealed.

To vote for your winner, choose your McCrea Financial Services Warrior of the Month using the poll feature on the Glasgow Warriors Twitter account 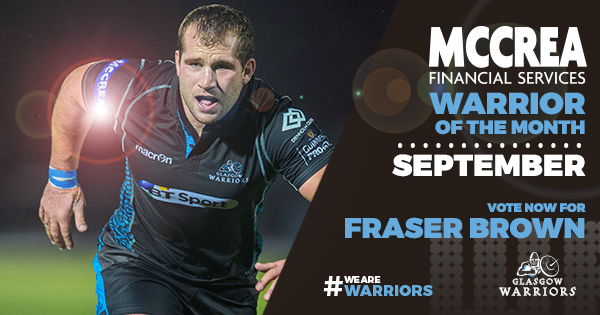 After missing the first game of the season in Galway due to injury, Fraser Brown has since been a regular in the Warriors starting line-up. The Scotland international hooker started in his familiar front-row spot in his first three games before his versatility was called upon during Ulster’s visit to Scotstoun due to injury.  Brown looked just at home in the back-row as he did in the front, starting the following game against the Dragons at flanker with his outstanding performance earning him the GUINNESS Man of the Match award. 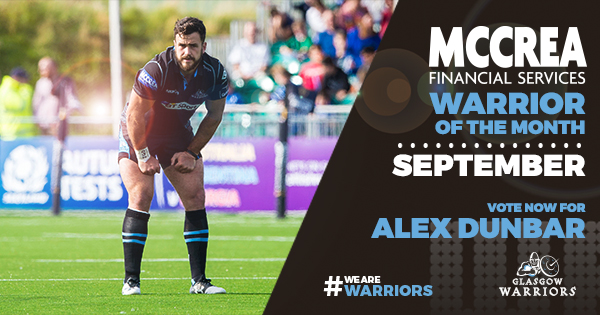 Alex has showed his versatility this season playing two games outside Sam Johnson at 13 and two inside Mark Bennett at 12. Alex featured in the wins over Connacht, Leinster and Dragons and was a stand out player for the Warriors during their defeat to Ulster displaying his ability with ball in hand through some impressive line breaks. As well as his potency on the front foot, Alex has also been impressive in defence and his combination of hard running and hard tackling has put him in the frame for the Warrior of the Month award. 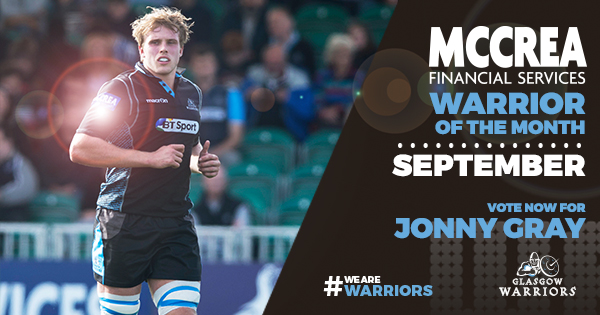 Glasgow’s co-captain has enjoyed a fantastic start to the season and has played every minute of every game in the first five weeks. Jonny has led by example in a the forward pack and his own form has inspired the young players who have come into the side. Jonny’s stats show just how impressive his start to the season has been. He had made more tackles than anyone in the GUINNESS PRO12, had the second highest number of ball carries, won the second most amount of line-outs and has made more offloads than any other forward in the competition. 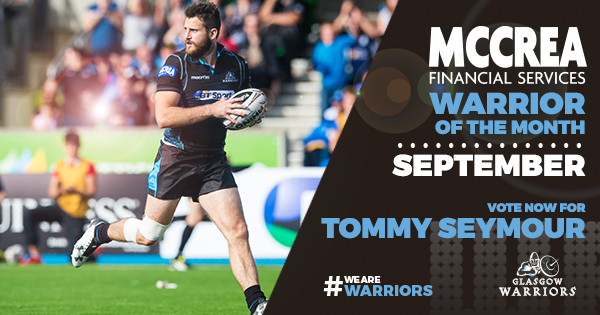 Like Jonny, Tommy has played every minute of every game so for this season and this year got off to the perfect start against Connacht as he scored twice in Glasgow’s 41-5 victory. Life got even better for the Scotland winger as four tries in a fantastic individual performance against Leinster inspired the Warriors to come from behind to win 33-25 at Scotstoun, with Tommy picking up the GUINNESS Man of the Match award. His try scoring form continued as Glasgow faced his old side Ulster as Tommy crossed for his seventh try in four games. He leads the GUINNESS PRO12 try scoring chart and has also made more clean breaks than anyone else in the competition this season.