Voting open for the March Warrior of the Month

Glasgow Warriors head coach Dave Rennie has unveiled the quartet of players in contention for the McCrea Financial Services Warrior of the Month award for March.

Having enjoyed a bonus-point victory away to Zebre to start the month, the Warriors then returned to Scotstoun in style, running in five tries to overpower the Toyota Cheetahs in front of the Warrior Nation.

The month concluded with the club’s second Heineken Champions Cup knockout tie, as Glasgow were eliminated at the hands of Saracens at Allianz Park.

Four of the club’s young guns are up for this month’s award, after catching the eye of Rennie and his coaching staff over the past three games.

The 22-year-old second row continues to impress in the Glasgow engine room, playing in all three of the Warriors’ matches in March.

Having already made over a half-century of appearances for the Warriors, Cummings is fast becoming one of the key men in Glasgow’s lineout playbook.

A combative performance against Zebre in Parma was followed by an all-action display against the Toyota Cheetahs at Scotstoun, which included a well-taken try in front of the Harper Macleod West Stand. 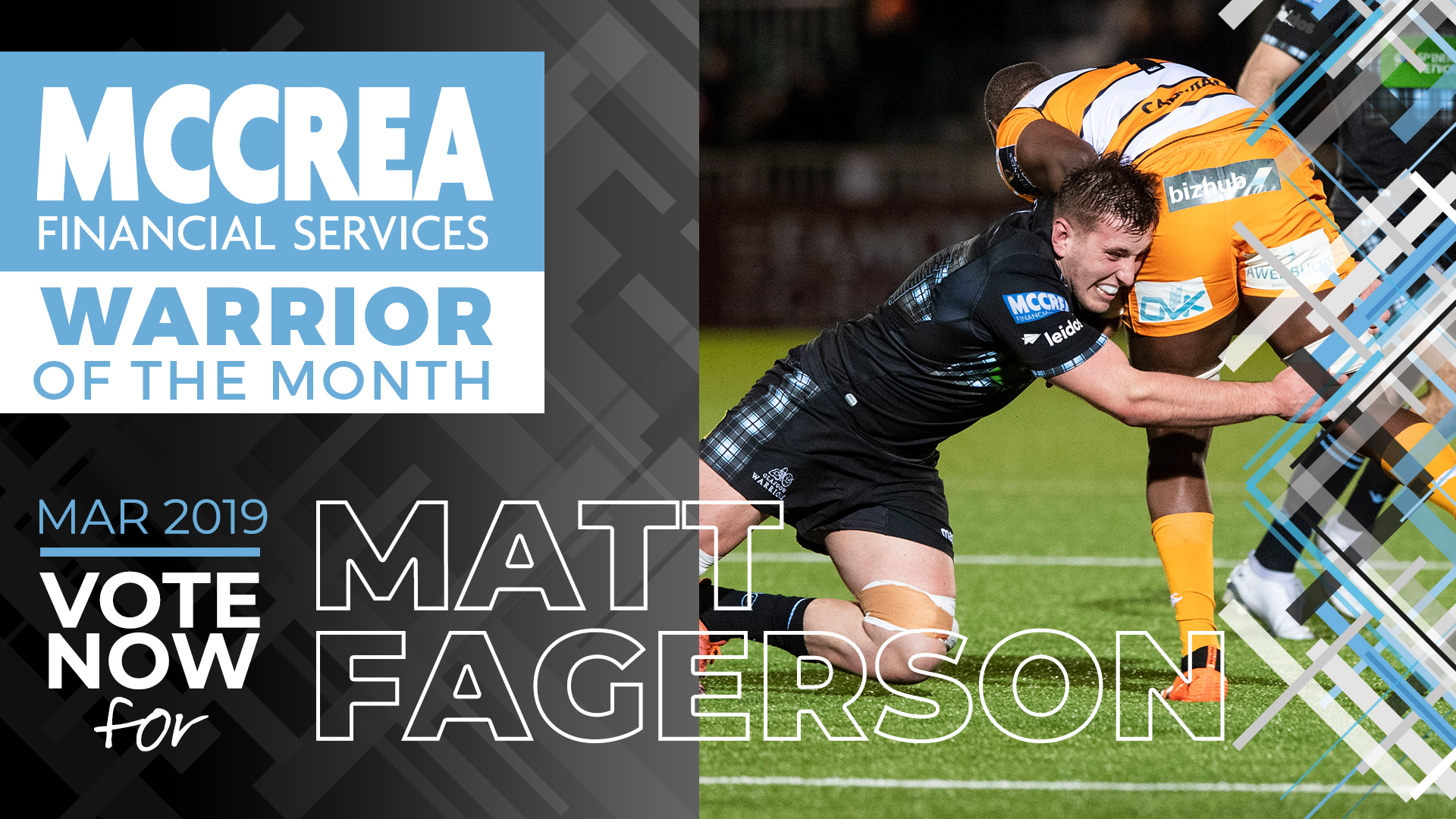 Fagerson started the month in impressive fashion, as the Glasgow number eight ran in two of his side’s six tries in the 42-10 victory over Zebre.

The back-rower has enjoyed a strong run of form in recent weeks, giving defences a torrid time with ball in hand over the past three matches.

Strong carrying has been a hallmark of his performances over the past month, which also saw him touch down for Glasgow’s third try against Saracens last weekend. 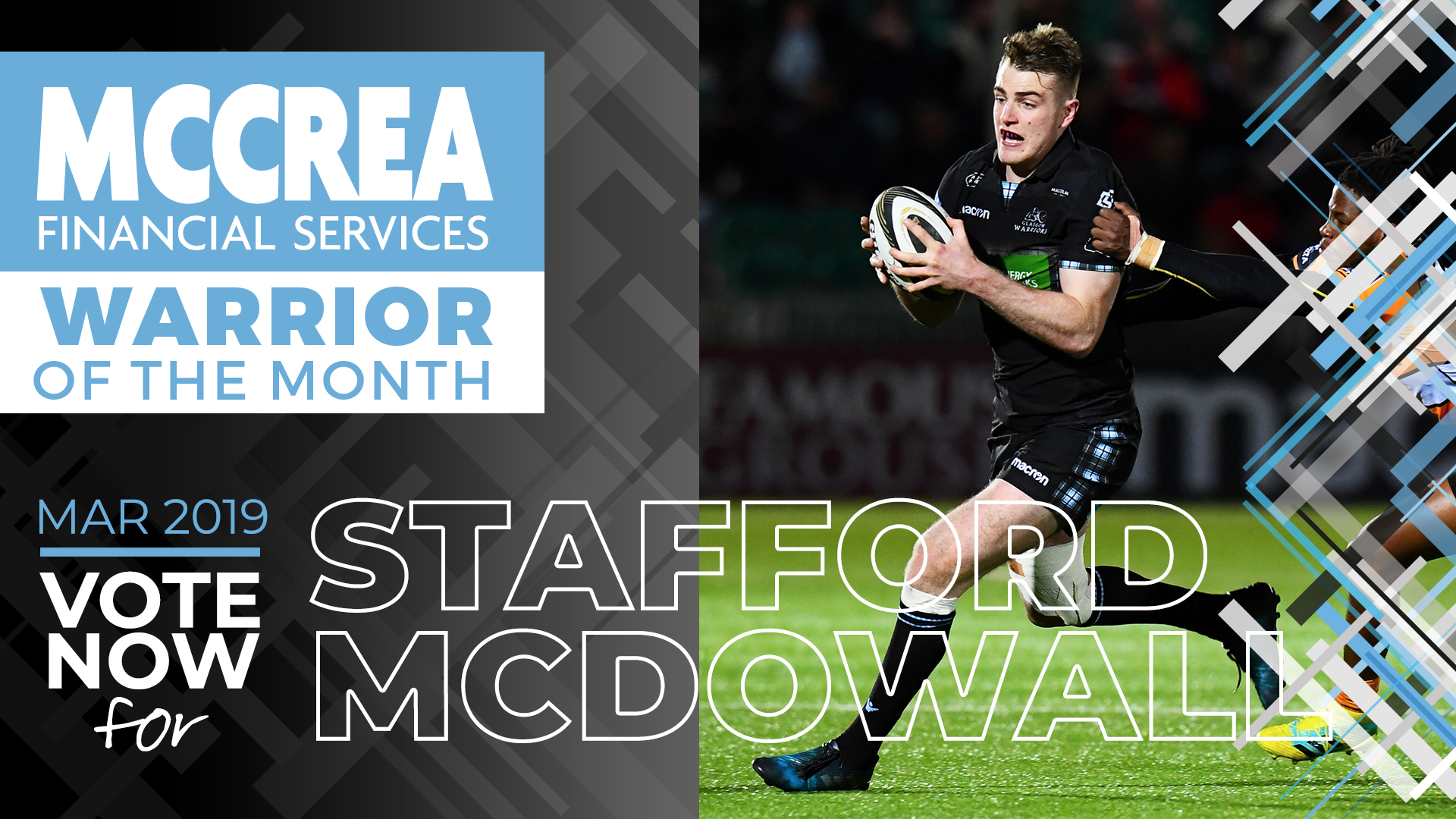 The centre’s run of good form continued throughout the month of March, as McDowall recorded two tries from three starts in the Warriors’ midfield.

McDowall’s first try for the club came from a cleverly-worked lineout play in Parma, before showing impressive determination and leg drive to power over against the Toyota Cheetahs at Scotstoun.

His distribution and footwork are providing the Warriors with a distinctive threat in the centres, as he continues to develop alongside established internationals. 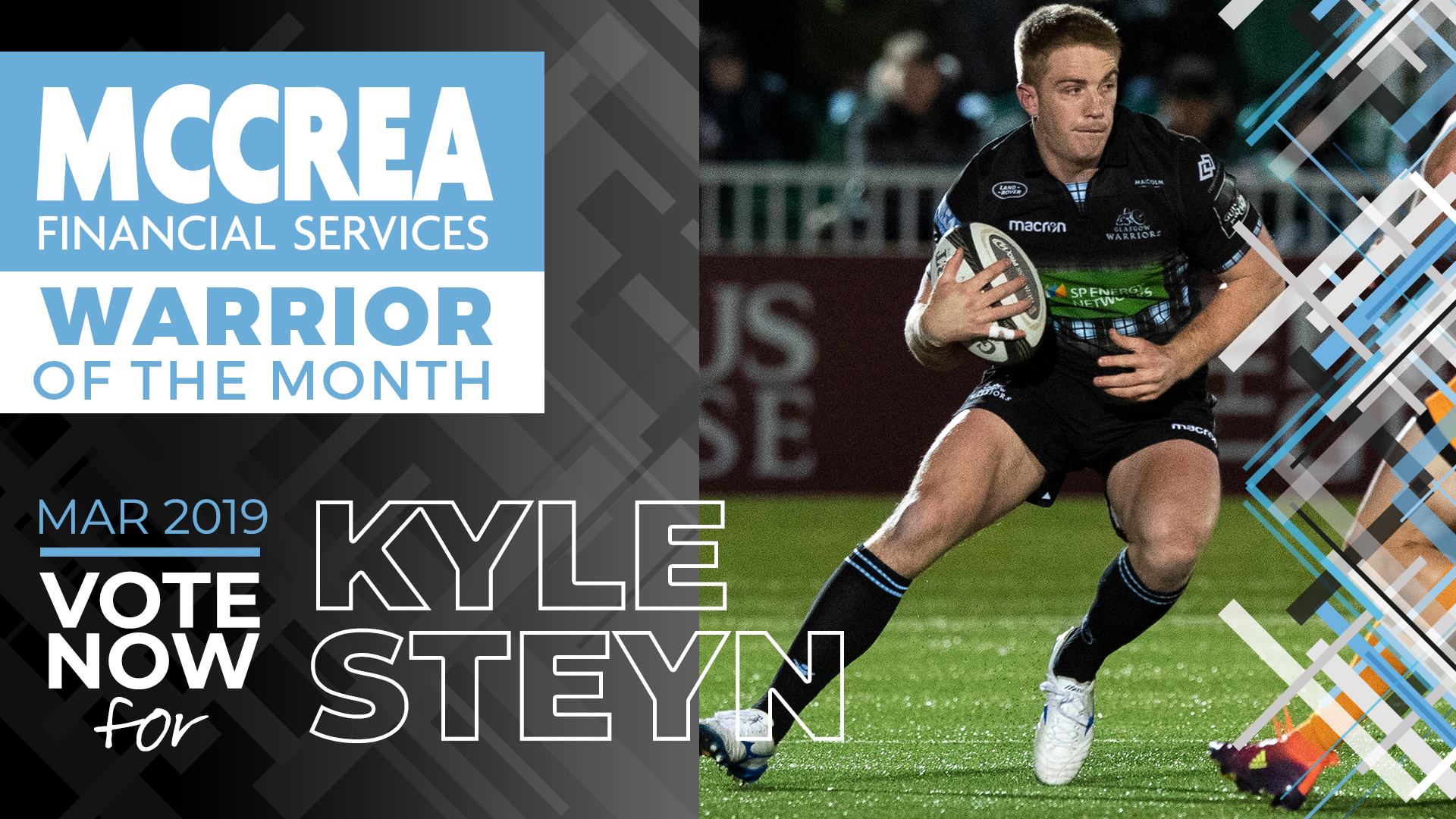 It’s a second successive Warrior of the Month nomination for Steyn, with the Scotland 7s international having made a seamless transition to life with the Warriors.

Supporters can vote for their McCrea Financial Services Warrior of the Month via the Glasgow Warriors Twitter account until 5pm on Thursday.