Voting open for Thistle Moment of the Month

Nominations could have included a favourite match, memorable goal or anything else associated with the Club – the only rule was that it must have taken place in the month of January.

Having received a variety of nominations, the club have eight candidates for Jags fans to vote for this week.

Voting is now open on the Partick Thistle twitter account and through ptfc.co.uk using the “world cup” elimination format. Ties will run for 24 hours with the nomination with most votes moving on to the next round until we get a winner. 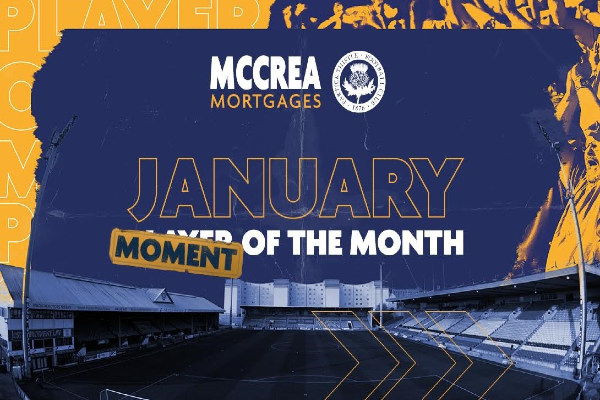 Our eight nominations which will enter in to the first round of voting are:

One Thistle fan with a host of happy Jaggy January memories is our own Managing Director, Douglas McCrea, longstanding supporter of the club and sponsor of this award, through McCrea Mortgages.

Speaking after seeing the eight nominations, Douglas said: “As someone who started following Thistle in the 1970s this list has brought back a lot of January memories. There are eight worthy candidates but the one that stands out for me is the Chic Charnley inspired Scottish Cup replay at Love Street. We were in the league below and more than 9,000 were at Firhill for the first game. Some 8,000 were then at Love Street with a cracking red and yellow support to witness a brilliant Jags performance. I also remember the great Lambino telling our support to fill their boots at the bookies (I think we were 9/1 which is bonkers). It’s nights like that which remind you why we love Thistle.”