Warrior of the Month Nominations in and Voting Open for February Award.

Dave Rennie has announced his nominees for the McCrea Financial Servicers Warrior of the Month award for February.

The Warriors secured back-to-back bonus-point wins against Cardiff Blues and Connacht during the month. New boy Kyle Steyn has had an impressive start to his Warriors career and Rennie has included him in the group, which also features Tim Swinson, Brandon Thomson and George Turner. 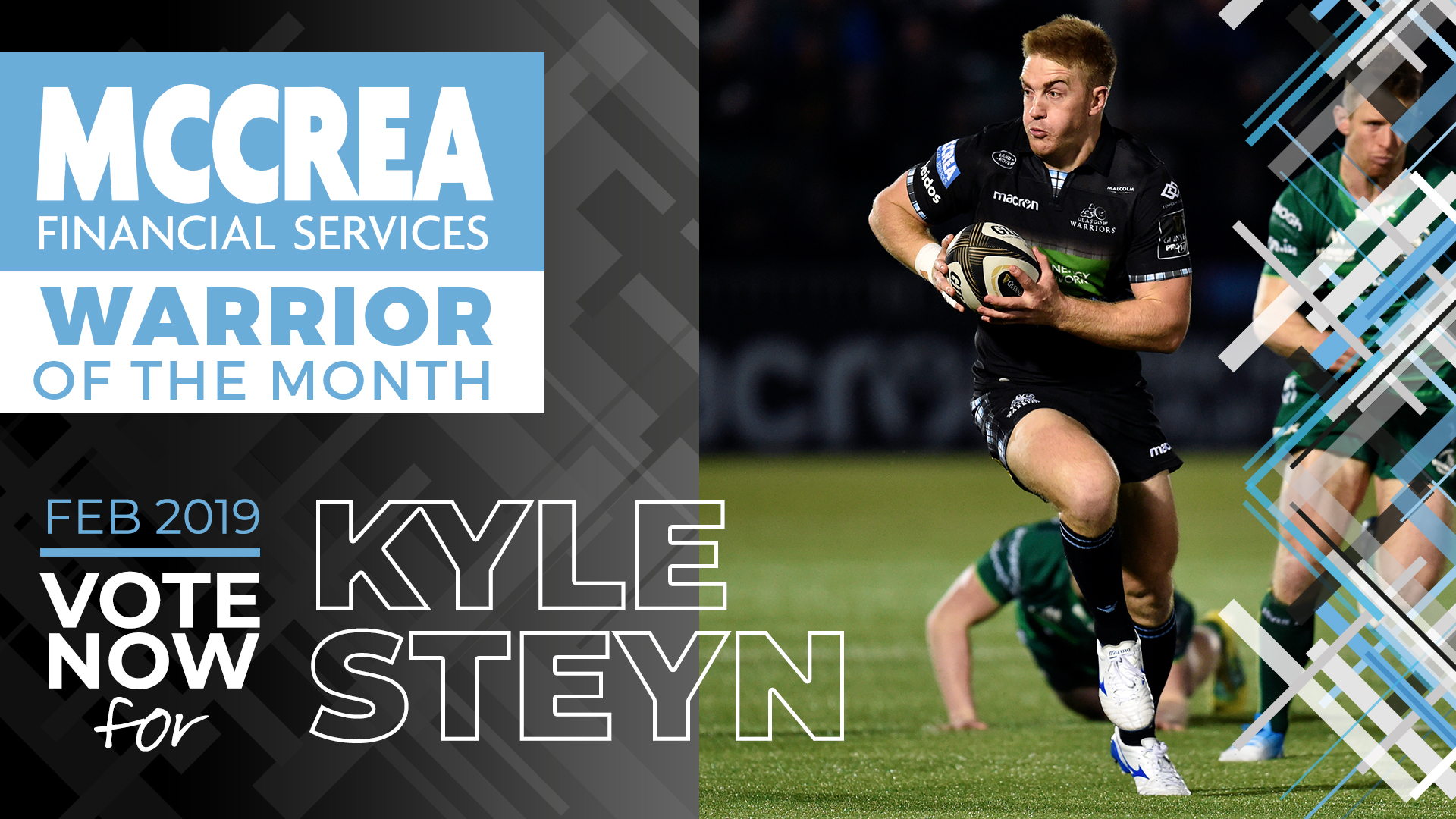 Steyn joined the Warriors from Scotland 7s earlier in the month on a deal for the 2019/20 season, but was available to play for his new club immediately. He started the bonus-point win over Cardiff Blues and set up Peter Horne for Glasgow’s second try. The following Friday he started his first game at Scotstoun and set up George Horne for the opening try of the game after just 44 seconds, following a spectacular break from inside his own half. 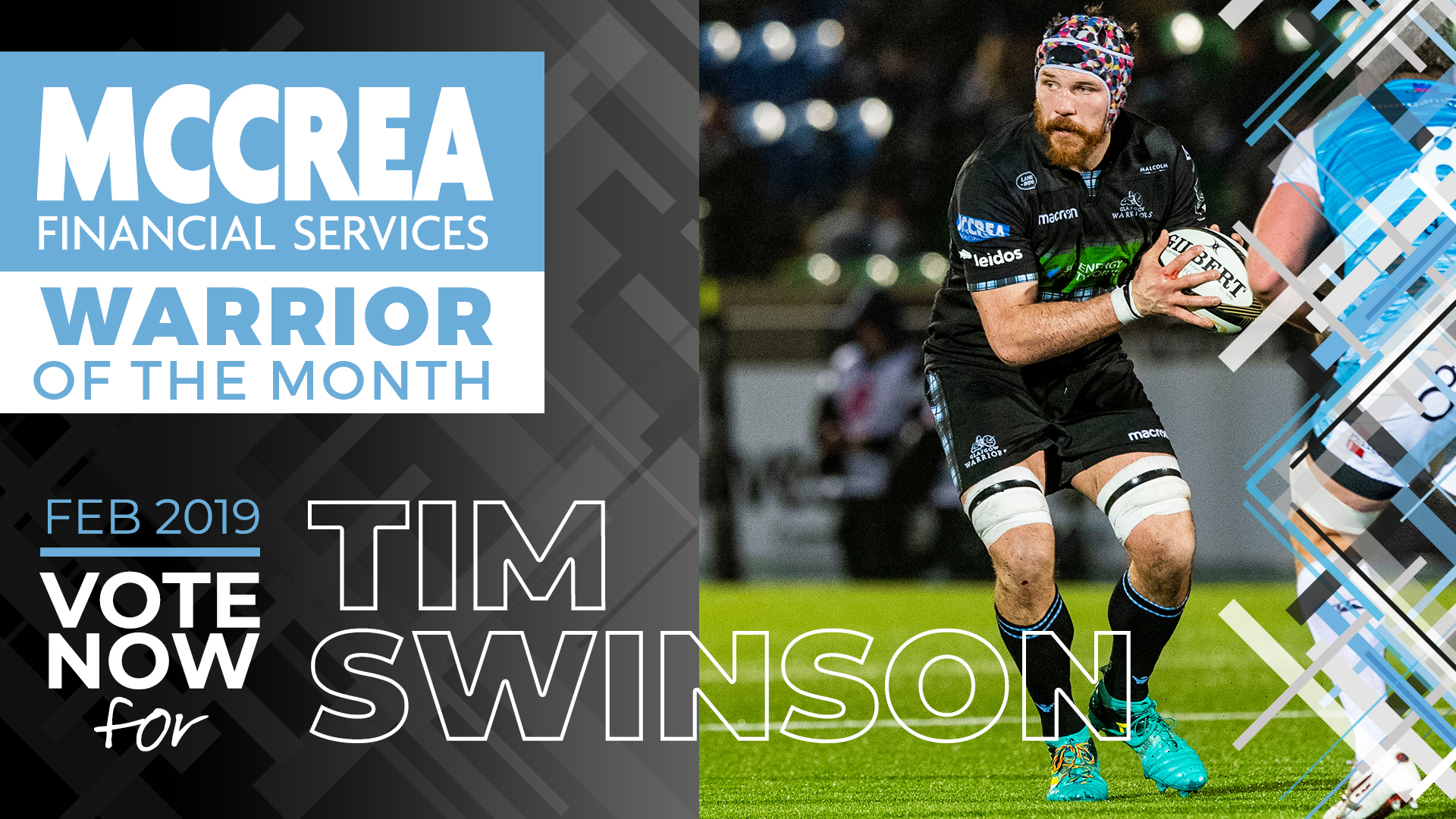 Swinson was ever-present in Glasgow’s engine room during the month of February and the Scotland international scored one of the Warriors six tries in a bonus-point win over Connacht at Scotstoun. The 32-year-old has been in fine form since returning from injury in November. 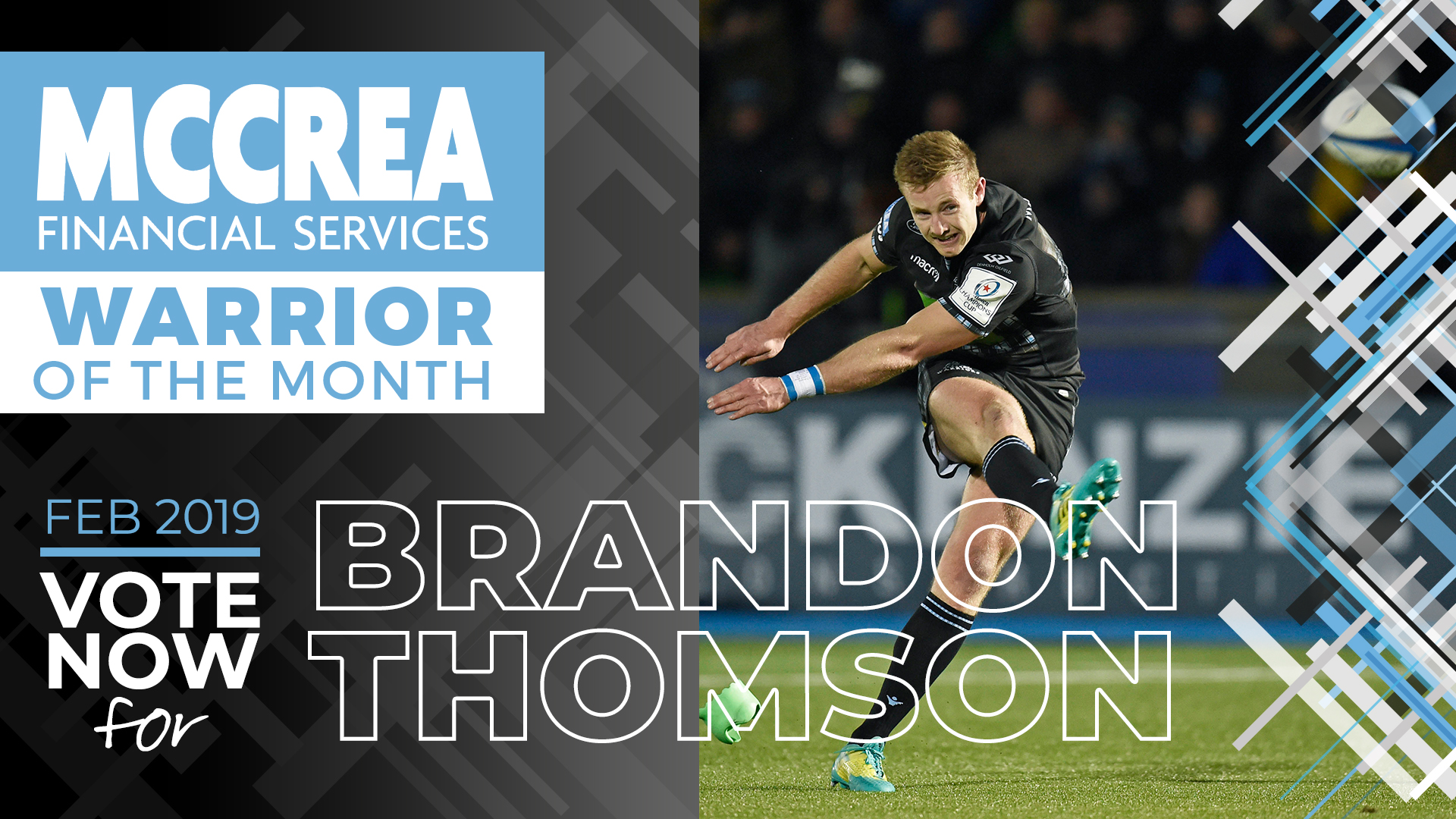 Thomson signed a new two-year deal with the Warriors earlier in the month and celebrated with a Man of the Match performance against Connacht. As well as kicking 13 points he controlled the game from fly-half to help the Warriors move to within one point of Conference leaders Munster. 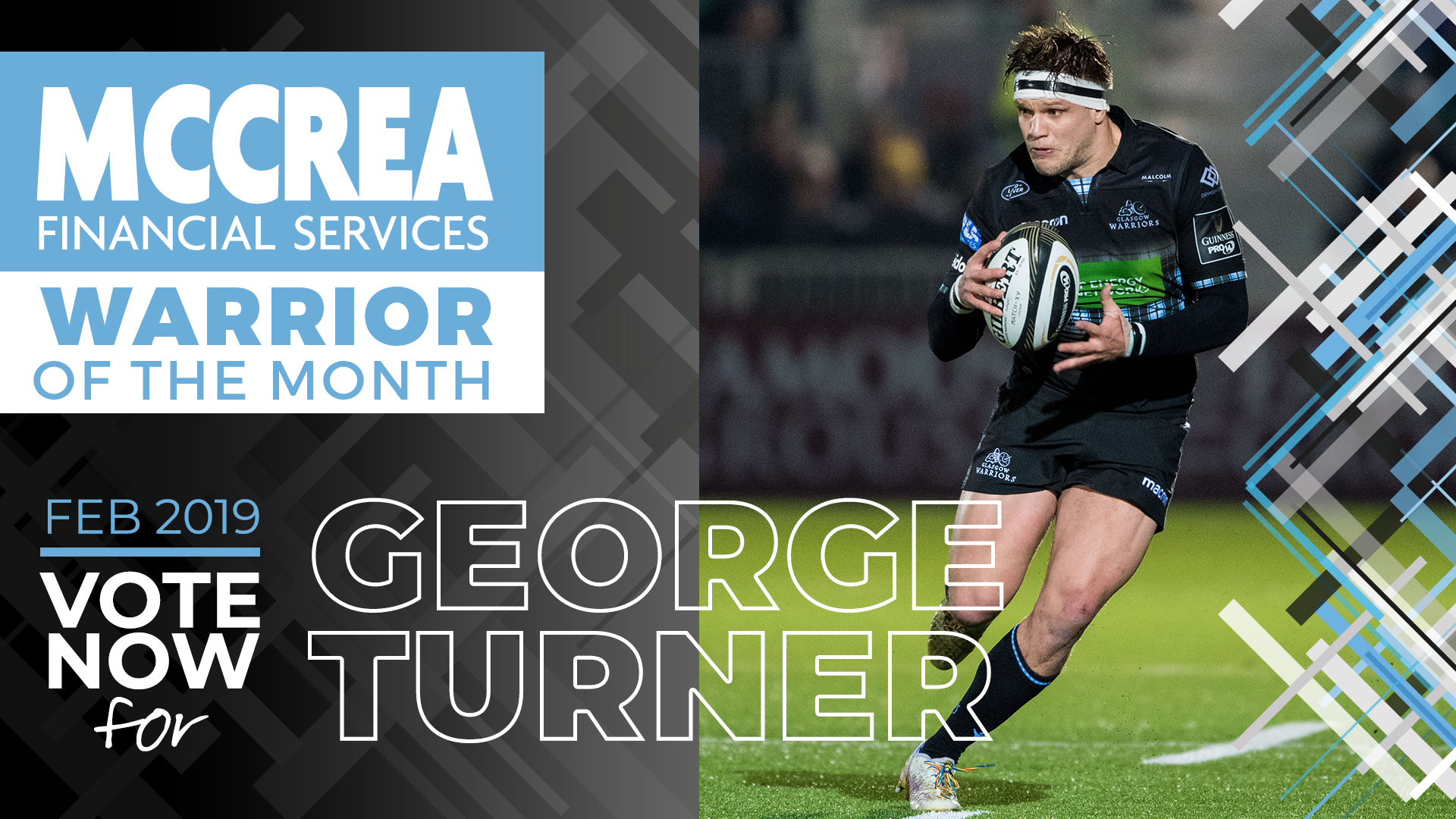 Turner returned from injury to start against Cardiff Blues and what an impression he made in his first game for two months. He put in an energetic performance throughout and helped create Glasgow’s fifth try in some style. He ran a perfect line in attack, splitting the Blues’ defence and ran straight over the full-back before feeding Tevita Tameilau, who raced clear from halfway to score.

Supporters can vote for their McCrea Financial Services Warrior of the Month on Twitter  until 5pm on Wednesday 6 March.