Who will be your February Warrior of the Month?

During the month of February the Warriors recorded a win against the Cheetahs at Scotstoun, were held to a draw by the Dragons in Newport and lost to Munster in Cork. 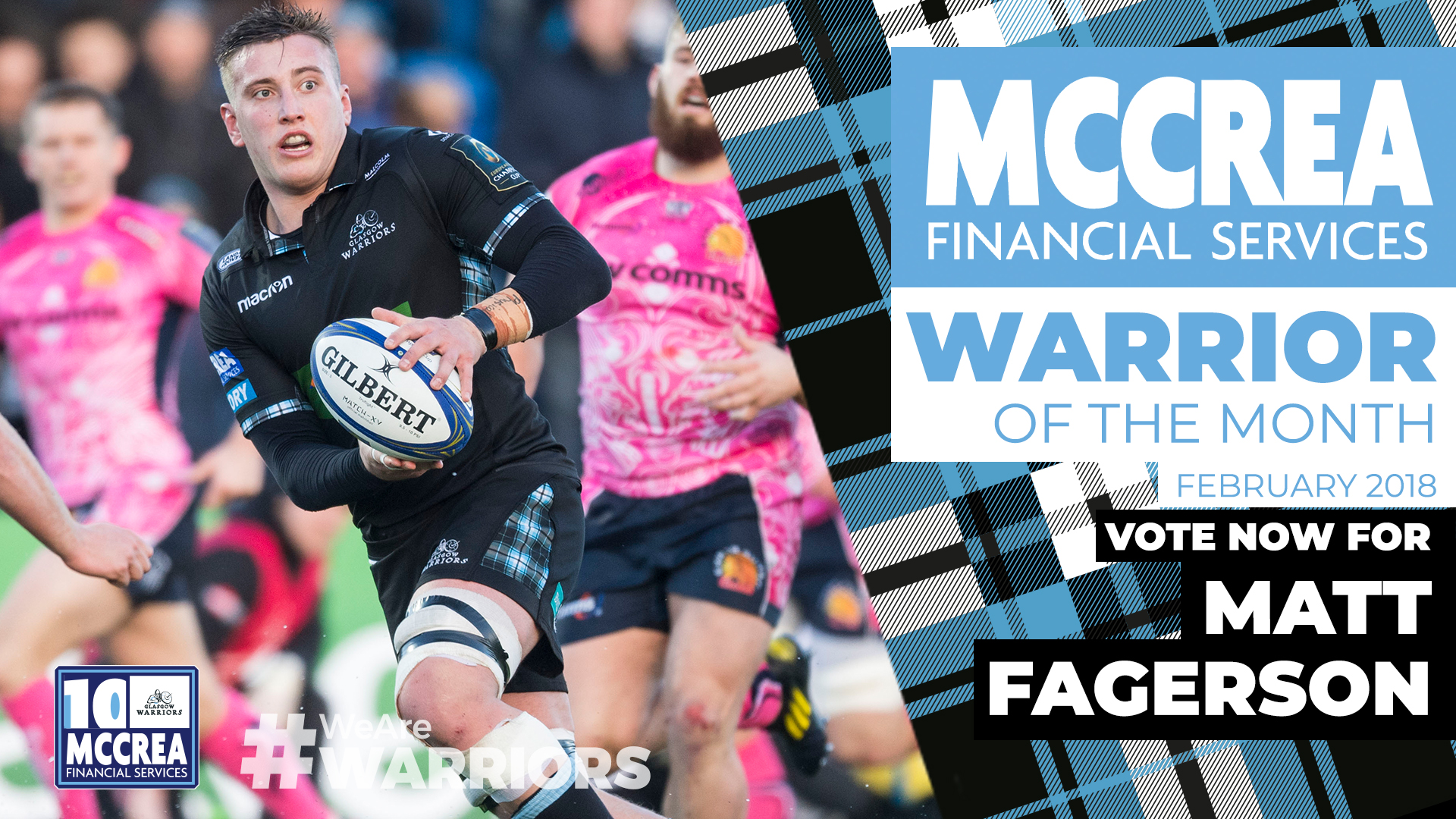 Matt Fagerson continued his impressive form during the month of February, starting all three games. He played at blind-side flanker against the Dragons and wore the Number 8 shirt against the Cheetahs and Munster. The 19-year-old has now played 13 games this season and has scored one try. 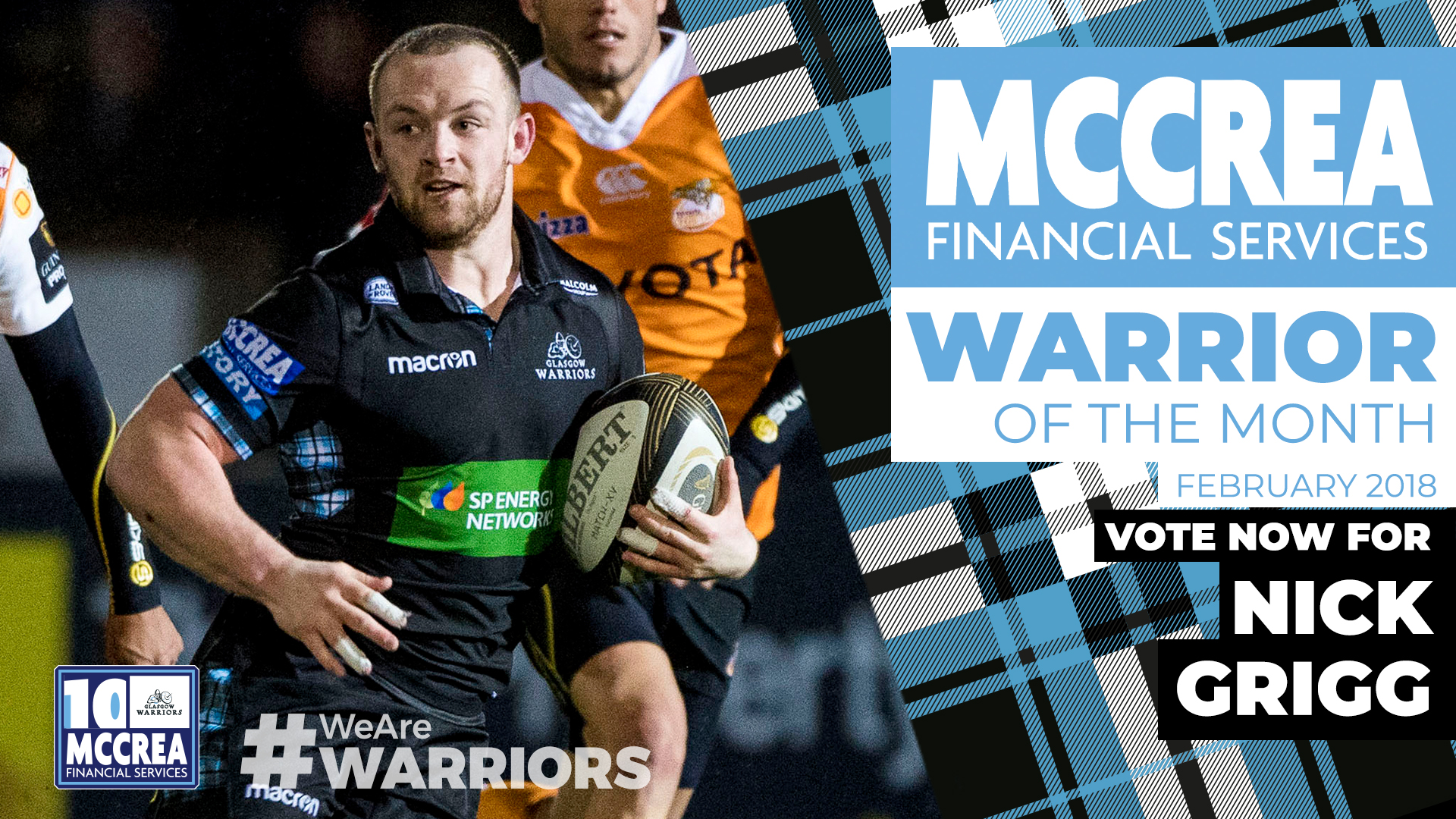 Nick Grigg had a memorable month. The centre won his second cap for Scotland as a second-half replacement in the famous win over England, his first appearance for his country at BT Murrayfield. In a Glasgow shirt he started the win over the Cheetahs and the draw against the Dragons at outside centre. 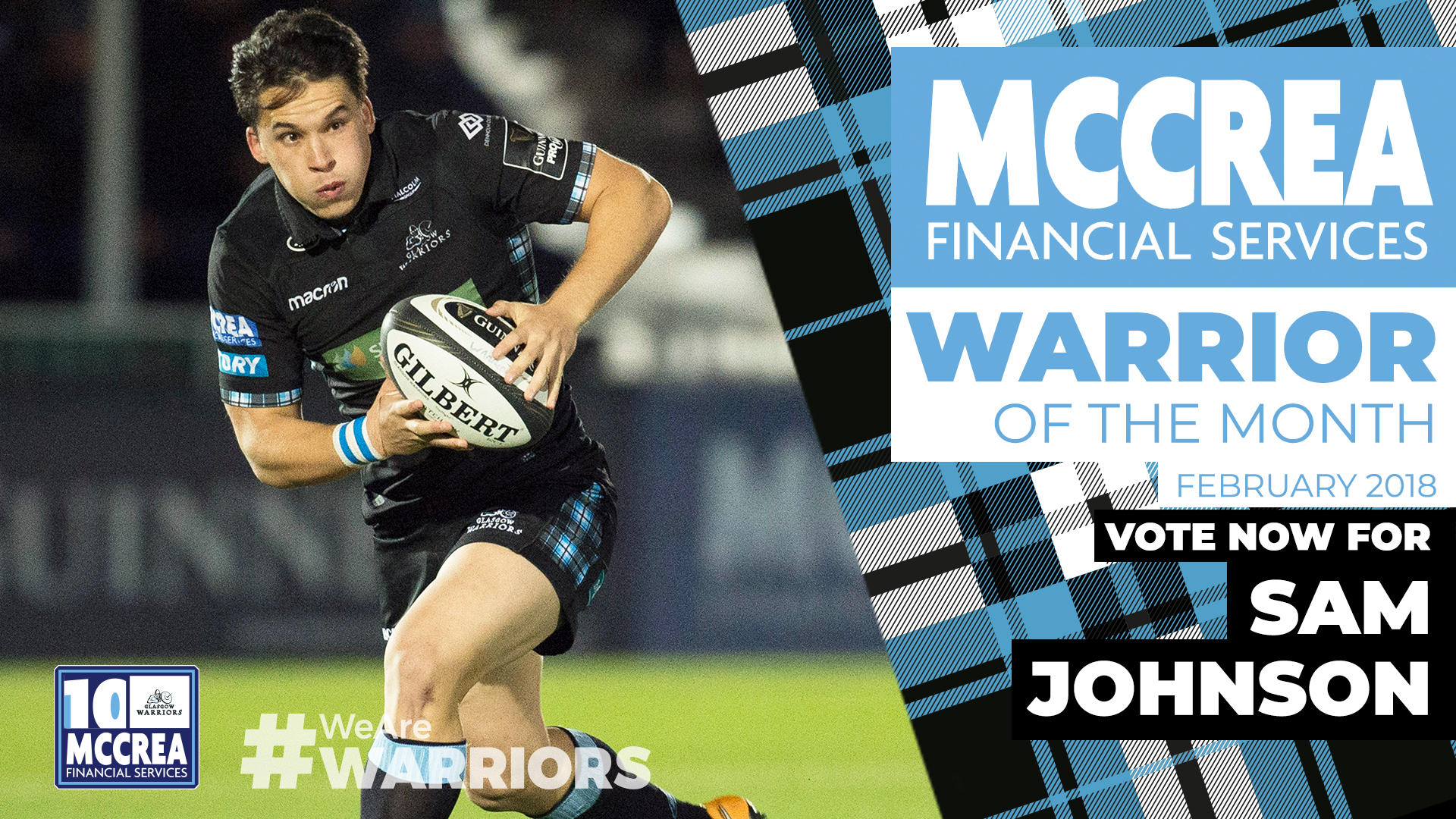 Sam Johnson returned from injury to play at inside centre in the win over the Cheetahs at Scotstoun, before moving to outside centre in the defeat to Munster. The 24-year-old has built up a strong partnership with Nick Grigg and has played 13 times this season, despite missing more than two months through injury. 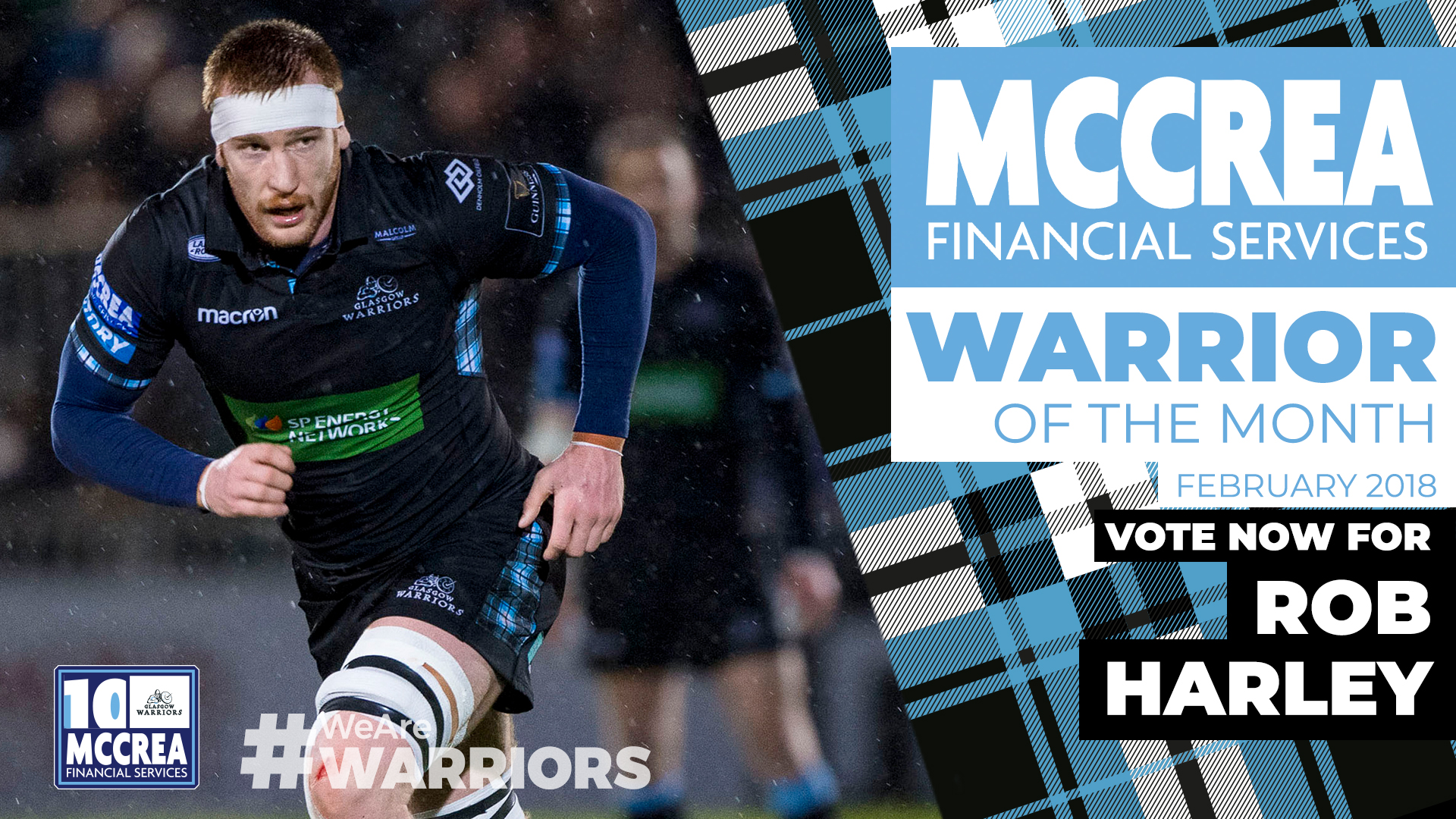 It was a month Rob Hartley is unlikely to forget. He broke the Warriors' all-time appearance record when he played his 178th game against Munster. He also signed a new two-year contract with the club and played the full eighty-minutes of all three games featuring in the second-row and in the back-row.