Adam Hastings has been voted the McCrea Financial Services Warrior of the Month for September.

Hastings featured in all five games in the month of September. He was a bright spark off the bench in an otherwise disappointing game against the Southern Kings, earning the Warriors a try-scoring bonus point with his injection of pace.

Hastings was nominated for the award by Dave Rennie, along with Jonny Gray, Zander Fagerson and Rob Harley.

The 22-year-old was presented with his award following Friday night's bonus-point win over Zebre. 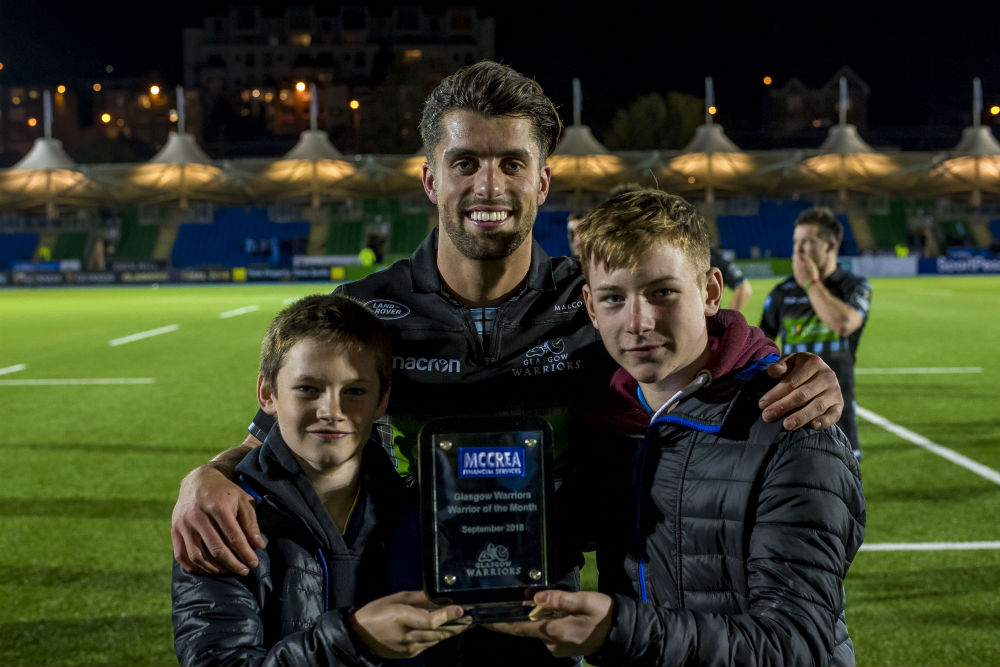 Ryan & Lewis Deakin  pictured above got the opportunity to present Adam with his award through a McCreas competition.

Speaking to Glasgow Warriors TV he said, "It's really nice to be voted the McCrea Financial Services Warrior of the Month for September. We've shown what a great team we are last month, we had a setback in South Africa but we've bounced back well over these two weeks and got the 10 points we needed.

"We always feel our supporters are some of the best fans around and it means the world to me that they've voted for me as the Warrior of the Month for September."

McCrea Financial Services provide advice on Mortgages, Retirement Planning, and Pensions for Warriors Supporters. Don't forget you can follow us on Twitter and Facebook where we run regular competitions with Warriors, as well as providing useful updates and the latest news for getting the most out of your finances.